Hybridization of men and machines, with Rosa Villa

You are here : Home / News / Hybridization of men and machines, with Rosa Villa 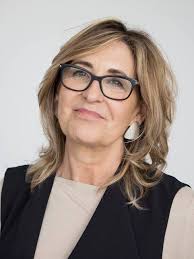 Prof. Rosa Villa, Scientific Director of NANBIOSIS U8 Micro– Nano Technology Unit, and group leader of the research group of biomedical applications of ICNM–CSIC and CIBER-BBN, has participated in the program of National Radio of Spain “The Open Future: Biobots” led by Tato Puerto.

Following the recent presentation by a team of American scientists of the design of “reprogrammable organisms”, halfway between a robot and a living being, that is, an extraordinary living machine made from frog cells, the program of National Radio of Spain called “Open Future” has dedicated a session to explain what are “Biobots” and to generate debate and reflexion with experts like Prof, Rosa Villa.

Asked about the current outlook and futute of the “Hybridization of men and machines“, Rosa Villa has explained that in the area of ​​micro and nanotechnology, (where her group works), the hybridization takes place to make neural interfaces, to interrelate with the human brain registering many more signals from the brain and being able to offer patients greater mobility for artificial prosthetics or even other human enhancement activities. The main problem for this at a technological level is that a series of biological and material processes have to be carried out while these processes need to be easilly integrated by the human body. The functioning of the brain is still very unknown, the brain is a very closed box, very well protected and inaccessible but the amount of signals that are registered is spectacular. The latest technologies and materials, such as graphene, make it possible to build sensors with smaller electrodes that allow many signal points to be recorded in the brain at the same time, with a signal quality that was not possible to reach until now which allows scientists to know a series of high and low frequency signals that give very useful information from the brain, not only to know how it works, but also to predict diseases such as epilepsy or Alzheimer’s.

The program can be listen here, in Spanish