You are here : Home / Units / U9. Synthesis of Nanoparticles Unit 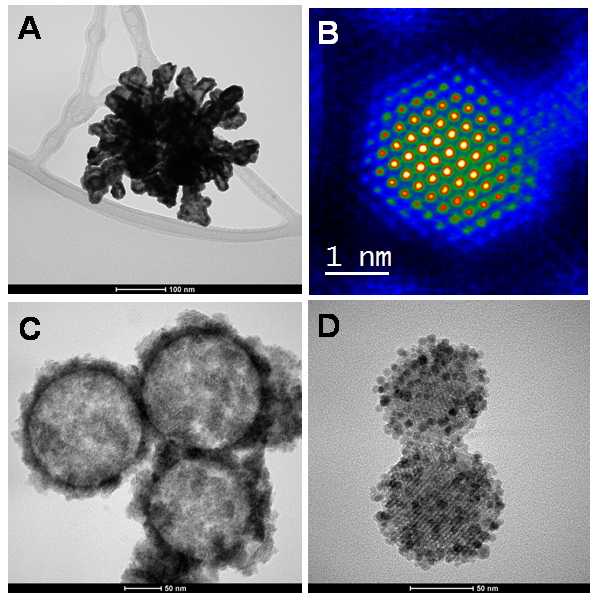 U9. Synthesis of Nanoparticles- Laser pyrolysis device and reaction area

This unit, integrated in the Nanostructured Films and Particles Group at the Institute of Nanoscience of Aragón (INA) coordinated by Dr. Jesús Santamaría, has as objective the synthesis of nanoparticles with applications in biomedicine. The unit provides an automated system for the synthesis of nanoparticles using laser-induced pyrolysis of chemical precursors in gas and/or aerosol phase, which enable either individual nanoparticles or biocompatible hybrid nanostructures to be produced in large quantities. In addition, this facility is able to draw on a wide range of nanoparticles fabrication technique, as well as having the necessary specialized personnel, to undertake exhaustive characterization of the microstructure, chemical composition, particles size and distribution of sizes, as well as magnetic, optical and colloidal properties and degree of biological functionality of the synthesized material.

In addition to this there is immediate access to advanced electron microscopies (SEM, TEM, HRTEM, UHRTEM), as well as other surface analysis and characterization equipment (XPS, XRD, FTIR, magnetic characterization). The equipment available makes this Unit unique to produce a wide variety of nanoparticles, , inorganic, polymeric, or multifunctional hybrid nanocomposites. 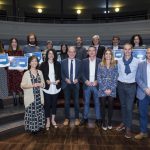 Researchers of two NANBIOSIS units success in the Third Millennium Awards: the Young Research Talent award to Julia Ramirez (NANBIOSIS U27) and the Research and Future Award to the NFP group (NANBIOSIS U9) Last November 8, four initiatives received the highest award in the eighth edition of the HERALDO contest Third Millennium Awards which represent the recognition of the Aragonese community from the youngest to the most consolidated trajectories in knowledge transfer, innovation, and scientific dissemination. The Paraninfo of the University of Zaragoza hosted this event in which researchers CIBER-BBN – NANBIOSIS were recognised this year: The Films and Nanostructured[...] 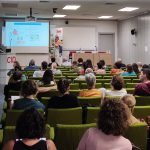 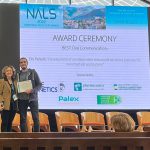 During the last 27-29 April, the 3rd International Conference on Nanomaterials Applied to Life Sciences 2022 (NALS 2022) has taken place in the Excellence Campus of Universidad de Cantabria in Santander (Spain), organized by the University of Cantabria and Institute Valdecilla-IDIVAL. NALS 2022 has been a multidisciplinary conference series sharing new results and ideas in the fields of biosensors, lab on a chip, drug delivery nanopharmacy. nanobiotechnology, intelligent nanomaterials, magnetic materials, nanotoxicity, antimicrobials, novel applications of 3d bioprinting and nanoimaging. NANBIOSIS has been represented at this edition by members of several of its units, among them we must highlight the set of four ora[...] 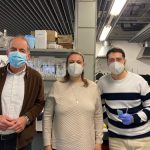 A CIBER-BBN team at the University of Zaragoza has developed intelligent shuttles (cell vesicles -exosomes-) to transfer nanoparticles to the interior of tumor cells and destroy them by means of heat and without drugs, following the “Trojan horse” strategy. “NANBIOSIS U9, “Synthesis of Nanoparticles Unit has developed the procedure to be able to internalize gold nanoparticles, with surface plasmon in the NIR electromagnetic range, inside extracellular vesicles derived from stem cells. The synthesis of the gold nanoparticles has been produced according to the synthesis procedures of UNIT 9 of the ICTS NANBIOSIS based on the galvanic substitution reaction in t[...] 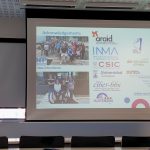 Semiconductors are materials used in a wide ranfe of applications since they are capable of capturing light and allowing us to take advantage of it. In addition, if we reduce its size to the nanometric scale we can activate additional very interesting properties On October 16, “Technoscience and Energy” took place in Inseec, Lyon (France), a science-industry transfer event between French and Spanish companies and researchers from the energy sector in France. Among the invited speakers was María Bernechea Navarro, ARAID Investigator, at the Institute of Nanoscience and Materials of Aragon at University of Zaragoza-INMA. In her talk, entitled “COLLOIDAL[...] 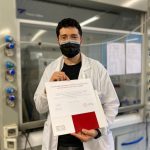 Víctor Sebastián Cabeza, researcher of NANBIOSIS U9 Synthesis of Nanoparticles of CIBER-BBN and the Institute of Nanoscience and Materials of Aragón, INMA, has obtained a research grant in the XX National Contest of the Ramón Areces Foundation in the category of Life and Matter Sciences with a funding of € 112,000 for the development in 3 years of nanovesicles using microfluidic technology. As explained by Victor Sebastian “the characterization of the nanovesicles will be carried with the equiment and expertise of NANBIOSIS Unit 9 The project entitled “Engineering of extracellular vesicles-exosomes using microfluidic technology for its application in biomedicine: ExoFluidTT”[...] 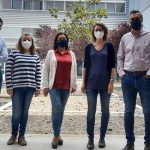 The management of musculoskeletal pain is a key challenge due to the short duration of anesthetic effect produced by existing clinical treatments, in addition to their potential side effects. Researchers from the CIBER-BBN, the Institute of Nanoscience and Materials of Aragón (INMA), CSIC-University of Zaragoza and the Institute of Health Research of Aragón (IIS Aragón), in collaboration with researchers from the Faculty of Veterinary Medicine of the University of Zaragoza and with participation of NANBIOSIS Unit 9 Synthesis of Nanoparticles Unit, have developed nanogels loaded with nanocrystals of bupivacaine (an anesthetic commonly used in epidural anesthesia and in the contro[...]