You are here : Home / Units / U25. NMR: Biomedical Applications I U25 RMN- Representative time-course 13C spectra of a GL261

The platform is equipped with 10 spectrometers operating at magnetic fields between 5.8 and 14.1 Teslas (T), including a MRI scanner, Bruker BioSpec, equipped with a 7T horizontal magnet for preclinical trials.

The uniqueness in this case lies in access, in the same location, equipment for NMR studies in vivo, ex vivo and in vitro, molecular imaging accessories by using polarization as well as fixed metabolomic patterns. This configuration allows to validate results of molecular imaging in vivo with other in vitro facilities.

In addition to the indicated equipment, it has: 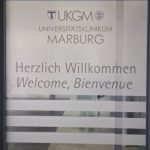 The scientific coordinator of NANBIOSIS U25 “RNM: Biomedical Application I”, Ana Paula Candiota, was recently awarded with a mobility fellowship from CIBER-BBN for a scientific exchange visit to Philipps-Universität Marburg, in Marburg, Germany. This scientific stage was motivated for a sustained collaboration between the research groups (GABRMN, in charge of U25 and Neurosurgery Lab group in Marburg), regarding the study of tumour microenvironment (TME) changes in Glioblastoma and possible relationship with the noninvasive MRSI-based biomarkers. Both groups have applied together to different funding calls including ERA-NET Transcan and Pathfinder Open, and Marburg group has hosted a predoctoral stage from a[...] 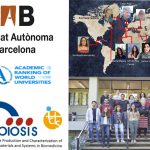 The Academic Ranking of World Universities (ARWU), known as Shanghai Ranking, which was made public on August 15, places the Autonomous University of Barcelona among the elite of the 300 best universities in the world. This indicator organizes up to 20,000 university centers worldwide,based on transparent methodology and objective third-party data. ARWU is regarded as one of the three most influential and widely observed university rankings Two of NANBIOSIS Units created by UAB and CIBER-BBN are part of this university: U1 Protein Production Platform (PPP), led by Toni Villaverde, Neus Ferrer and Mercedes Marquez, offer an “tailored” service for the design,[...] 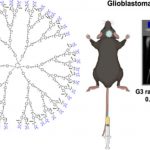 The joint expertise of CIBER-BBN Nanomol Group – NANBIOSIS U6 from at ICMAB-CSIC (José Vidal and Vega Lloveras) and NANBIOSIS U25 at UAB (Ana Paula Candiota), led to a recently published article in the prestigious journal Biomacromolecules Brain tumours such as Glioblastomas are a challenge in the clinics and proper diagnosis and follow-up are crucial for patient outcome. Contrast agents are usually administered to patients for assessing blood brain barrier integrity and quantitation of enhancing areas are part of the clinical criteria for estimating response/relapse. However, most contrast agents currently used in clinics are based in metal elements such as[...] 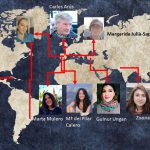 On April 1st PhD candidate Patricia Cámara Sánchez defended her doctoral thesis entitled “Targeting of the breast cancer stem cells to improve the treatment of triple negative breast cancer“, where ICTS-Nanbiosis Unit 20 participated in the in vivo assays. The thesis was supervised by Dr. Ibane Abasolo  (scientific director of Unit 20 from CIBER-BBN and VHIR). Nanbiosis was also present within the jury, with Dr. Ana Paula Candiota (scientific coordinator of Unit 25 from CIBER-BBN and UAB) acting as secretary. Patricia Cámara graduated as biochemist, did the master’s degree in Translational Biomedical Research from VHIR-UAB. Shortly after, started the PhD, which was aimed[...]

José Vidal Gancedo, researcher from ICMAB-CSIC and CIBER-BBN is leading the project VIRADEN: “In vivo Studies of Radical Dendrimers as Contrast Agents for Magnetic Resonance Imaging“, one of the ICMAB Frontier Interdisciplinary Projects (FIP) 2021. The project aims to evaluate the new contrast agents for MRI based on organic radical dendrimers developed in his group, to substitute the currently used contrast agents based on toxic metals, with the final goal of obtaining useful contrast agents in the early detection of tumors José Vidal has explained NANBIOSIS participation in the project through Biomaterial Processing and Nanostructuring equipments of NANBIOSIS U6 counting wit[...] 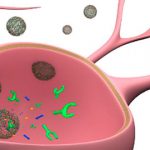 UAB Parkinson’s disease (PD) is a common neurodegenerative disorder caused by the death of dopaminergic neurons in a part of the brain (known as substantia nigra pars compacta), which leads to a deficit of dopamine (DA), one of the main neurotransmitters active in the central nervous system. Symptomatic treatment focuses on increasing the concentration of dopamine into the brain.However, dopamine is not directly administered, because it is unable to cross the so called blood-brain barrier, which prevents some of the substances circulating in the blood to penetrate into the nervous system. Thus, DA precursor levodopa (L-DOPA) –an amino-acid which participates[...] 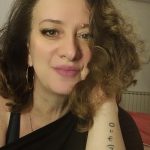 The Unit 25 of the ICTS NANBIOSIS will be enrolled, through its scientific coordinator Ana Paula Candiota, in a research valorisation project recently granted by CIBER: “Noninvasive MR-based ImagiNg of Immune sysTem action during glIoblastomA TreatmEnt (MR-INITIATE)” Such project has the aim to increase the TRL of therapy response follow-up methods in glioblastomas, using technological approaches performed at  U25 of NANBIOSIS NMR: Biomedical Applications I The project will be financed with € 20,000. The CIBER-BBN transfer program The CIBER-BBN transfer program through its call for transfer and valorization projects has been designed to promote the transfer to the industrial sector[...]

U20. In Vivo Experimental Platform