Optimization of Recycled-Membrane Biofilm Reactor as a sustainable biological treatment for microcystins removal with nanbiosis expertise.

Jesús Morón-López (IMDEA), Serena Molina (Chemical Engineering Department, University of Alcalá) have recently published the results of their research about Recycled-Membrane Biofilm Reactor as a sustainable biological treatment for microcystins (MC) removal. The study addresses the lack of sustainable technologies for water treatment, while opening an alternative in sustainable solid waste management under a circular economy approach.

The biofilm visualization has been performed by ICTS “NANBIOSIS”, more specifically by the Unit 17 Confocal Microscopy Service of Ciber in Bioengineering, Biomaterials & Nanomedicine (CIBER-BNN) at the Alcala University (CAI Medicine Biology) led by Juan Manuel Bellón y Gemma Pascual. In this case, the biofilm attached to the recycled membrane was observed under the confocal laser scanning microscope (CLSM Leica SP5, Leica Microsystems) of NANBIOSIS Unit 17.

Ana Moya, Xavi Illa, Rosa Villa and Gemma Gabriel, researchers of the Biomedical Application’s Group (GAB) of CIBER-BBN and the Microelectronics Institute of Barcelona, which main interests are the design and fabrication of Micro and Nano Systems for Biomedical Applications, have recently published, in collaboration with other authors an article in the Special Issue Advanced Electrochemical Sensors and Environmental Monitoring

The authors thank in the Acknowledgements the participation of the ICTS NANBIOSIS U8 Micro– Nano Technology Unit of the CIBER in Bioengineering, Biomaterials and Nanomedicine (CIBER-BBN) at the IMB -CNM (CSIC)

The work reports the development of a novel multi-analyte microsensor based on MEMS technologies for simultaneous monitoring of DO and pH. Results showed the capacity of microsensors to quantify concentration gradients of dierent species within biofilms. In addition, the possibility of integrating two microsensors, specially designed to obtain a seven-point profile in a single measurement, introduced in this paper for the first time, clearly simplifies the equipment and the procedure necessary to record concentration profiles within biofilms. Critical future prospects have been established 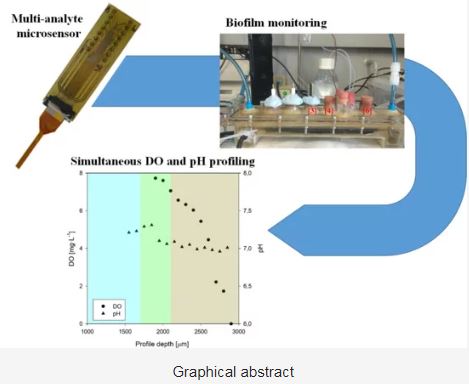 NANBIOSIS Unit 17 Confocal Microscopy Service, has participated in the research results published by Science of the Total Environment  in an article titled “Recycled desalination membranes as support material for biofilm development: A new approach for microcystin removal during water treatment”. The biofilm visualization has been performed by ICTS “NANBIOSIS” 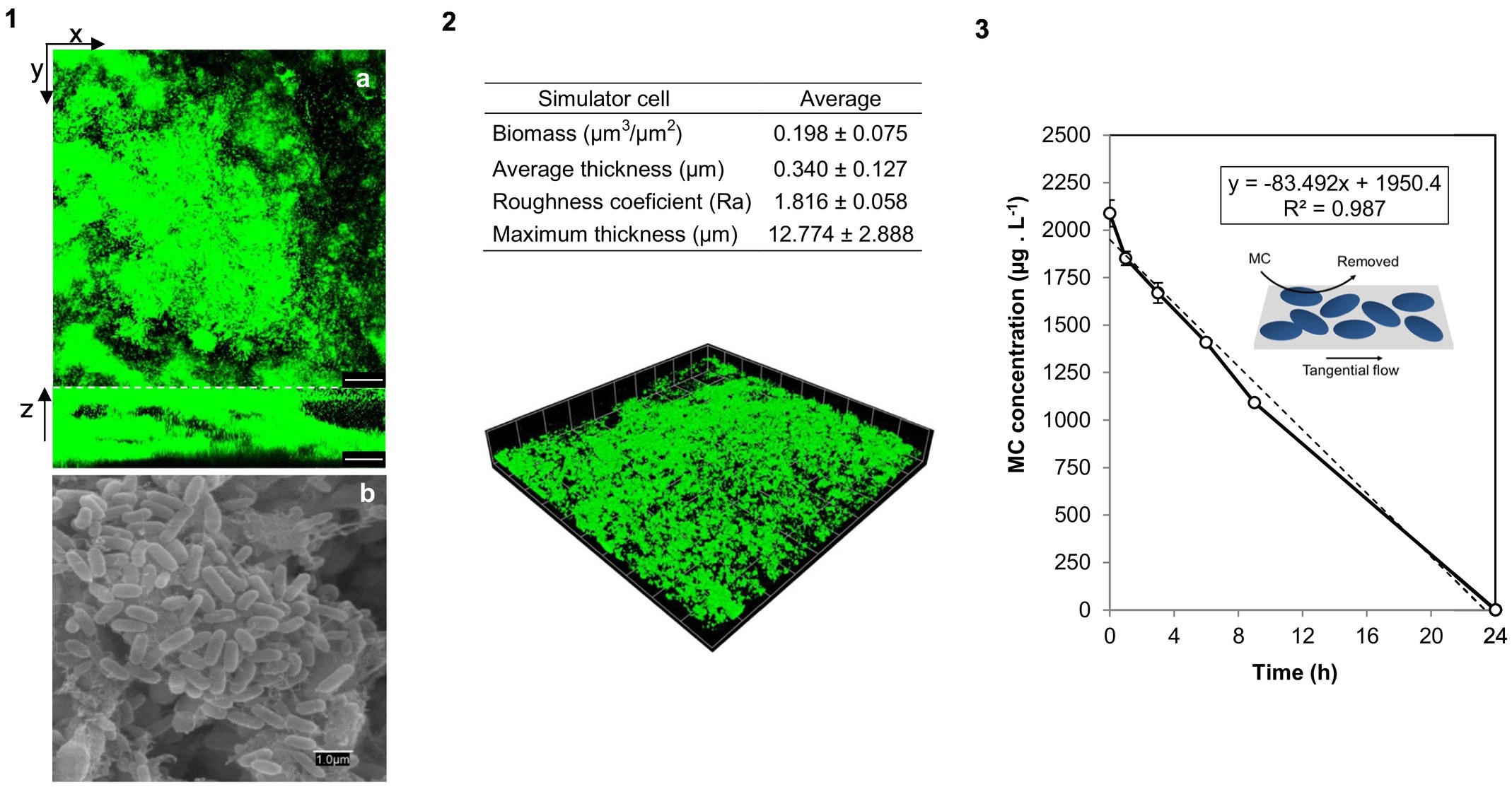 A new surface for bone implants that promotes regeneration and reduces the risk of infections in which.

The Phytech project (funded by the Spanish Government through the Call INNPACTO) has recently finished with the participation of CIBER-BBN, through Unit 16 of NANBIOSIS, the University of the Balearic Islands and the companies NuMat Biomedical and Sanifit).

Unit 16 of NANBIOSIS – Surface Characterization and Calorimetry, coordinated by Dr. M. Luisa Gonzalez, has conducted tests of surface composition by surface characterization techniques (XPS and ToF-SIMS) as well as the analysis microbial response of the raised surfaces in this development

The results of this project have been published in the journal Applied Materials & Interfaces of the American Chemical Society.