Organ-on-chip (OOC) is the term used to define a microfluidic 3D culture model that contains continuously perfused chambers inhabited by living cells. OOC are considered as very promising tools for investigating many aspects of human physiology and pathophysiology as well as drug testing platforms with future progressions to be used for precision medicine.

As the complexity of OOC systems increases, the necessity to integrate relevant assessment methods to provide information about cell physiology, secreted metabolites as well as pharmacodynamics drug responses also increases. Dr. Rosa Villa, who leads NANBIOSIS U8 Nano Technology Unit and the Biomedical Applications Group of the Institute of Microelectronics of Barcelona and CIBER in Bioengineering, Biomaterials and Nanomedicine, works on different engineering approaches to develop physical and chemical sensors that can be integrated into the OOC devices. The group considers that sensors integration is a requirement that must be taken into consideration in an OOC platform giving the necessary assessment of the OOC platforms in a continuous and real-time

An overview of the most relevant works of the Biomonitoring Group and NANBIOSIS Unit 8 have been presented by Mar Alvarez and Gemma Gabriel, researchers of
NANBIOSIS U8 Nano Technology in the conference on Engineering Multicellular Systems organized by EMBL – IBEC that took place in La Pedrera Auditorium, in Barcelona, from 10-12th February 2020.

It has been presented a device fabricated for that mimics Retina. In this novel microfluidic device cells are arranged in parallel compartments and are highly interconnected through a grid of microgrooves, which facilitates paracrine signaling and heterotypic cell–cell contact between multiple tissues. In the field of Brain, TEER barrier monitoring is mandatory. An interdigitated electrodes (IDE) configuration where the entire cell culture area contributes equally to the measurement, has been integrated in a custom-made bioreactor. This configuration, besides being more accurate for measuring the TEER, also allows the minimal electrode coverage, so that the optical visualization of the cell culture is maximized. The control and monitoring of dissolved oxygen (DO) is key for most of the OOC. The integration of oxygen sensors in an Liver-On-a-Chip system to achieve in-situ and real-time monitoring of oxygen zonation along the cell culture microfluidic chamber. A miniaturized sensing device compatible with microfluidic technology to measure simultaneously dissolved oxygen, pH, Na+ and K+, able to be connected in the input or output of a cell culture system has been developed for Kidney monitoring. 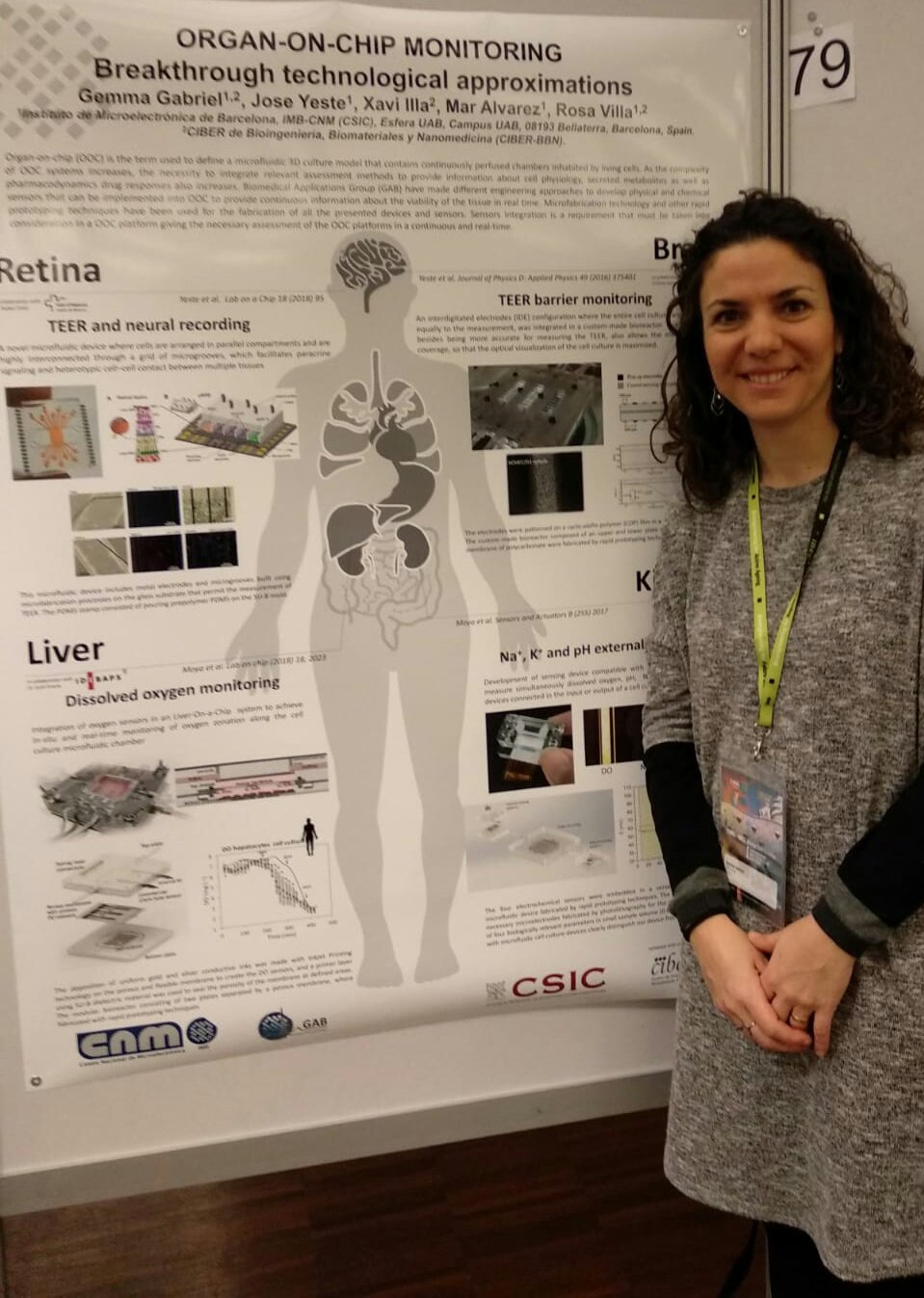