Pilar Marco y César Fernández, the authors of the block of the CSIC’s report entitled “Containment and diagnosis“, explain wich is the best way to diagnose COVID and how reliable are the tests in this moment.

Serological tests should not be used to diagnose an infection because they do not detect the virus, what they detect is the reaction that the host has in the presence of an infection, that is, the antibodies that our body produces to defend itself against the infection and this occurs from the first moment but is not detectable until practically seven days after being infected. Therefore serological tests have limited utility to diagnose the infection, they serve to monitor the evolution and immunological status of the patient, if he is producing antibodies against the virus and how it evolves The virus remains elevated for months, but it does not mean that if you have had the disease and the rsults fo serological tests are negative, you are not prepared to face the virus, since we have memory cells that will surely produce antibodies again.

Cesar Fernández explains that the sample is the same in PCR and antigen tests, but the time it takes to obtain an answer is different. Both type of tests are recommended depending on the situation and the environment in which they are used, PCR tests have been used more massively and are more reliable in the sense that they let out much fewer positives, the number of false negatives they provide is very low, but they are also more expensive tests and need more time from the moment the sample is taken until the result is obtained (minimum 24 hours) since they are carried out in clinical analysis laboratories. The antigen tests can be carried out in 15-30 minutes in the place where the sample is taken and their cost is very low compared to that of the PCR, which is why they are very useful for screening studies of the levels infection that may exist in a community. Currently, work is being done on carrying out the antigen tests in saliva, this would facilitate the taking of samples and would not generate practically social rejection. Studies are also being done on the use of nasal smears in which the sample is taken at the beginning of the nasal cavity, resulting in much less annoying. Antigen tests due to their low cost and ease use open the possibility of performing in a very repetitive way.

Regarding the measurement of viral load, it is given by the PCR, while in the antigen tests the detection is visual, a colored line appears, similar to the pregnancy tests, with greater or lesser intensity, with which the information they give on viral load is semi-quantitative, that is, the interpretation is quite subjective.
The viral load of the disease appears a few days before sinthoms are shown (the peak is two days before) and can be spread to other people. This also occurs with asymptomatic infected people, with the only difference that, after this peak, the viral load falls very quickly and the disease does not appear. 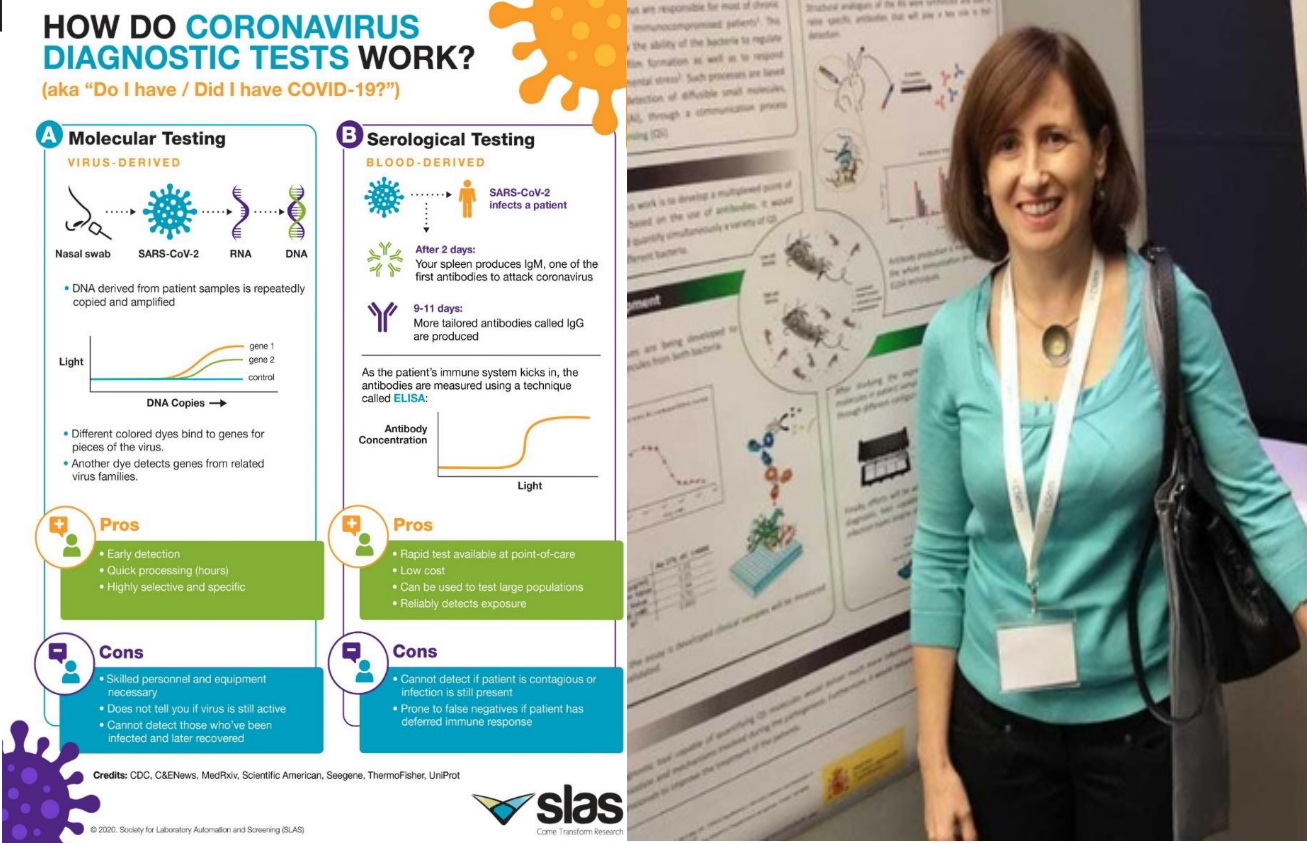