The national consortium led by the research group of Addressing and Drug Release CIBBIM – Nanomedicine of the Vall d’Hebron Research Institute (VHIR) and led by Dr. Ibane Abasolo, Scientific Coordinataror of Unit 20 of NANBIOSIS, has shown improvement in the effectiveness and specificity of targeted therapy against cancer through the use of polyurethane-polyurea nanocapsules (PUUa), a nanoparticle with a proven targeted release, very useful for drugs with a high level of toxicity and low specificity of distribution. This nanoparticle has been developed by the research section of the Catalan company EcopolTech and Unit 20 of ICTS Nanbiosis has participated in vivo nanoparticle biodistribution assays, following the tissue accumulations of fluorescently labeled nanoparticles by means of the IVIS-Spectrum equipment.

The study was based on the encapsulation of the drug Plitidepsin produced and patented by the Spanish pharmaceutical company PharmaMar SA. This drug, which was found in a marine invertebrate of Mediterranean origin and has proven efficacy in laboratory studies, also has a hydrophobic nature that makes its use in humans difficult. The nanoparticle PUUa, by covering the drug, improves biodistribution and reduces the toxicity of the drug, in addition to dramatically reducing the concentration necessary for its therapeutic function. Thus, it potentially increases the use of Plitidepsin in therapy for several types of cancer.
The nanocapsule is based on a shell made of, an RGD peptide to direct the nanoparticles to tumor cells and other fractions that ensure that the drug is released in environments with a high content of glutathione, a molecule that is found in high concentrations inside the tumor cells. Once inside the cell, the drug content is released and therapeutic function begins, highly effective in glioblastoma, colorectal cancer and breast cancer.

The research and synthesis of this nanocapsule has been carried out in collaboration with the Biomedical Research Institute, the CIBBER-BBN, and the companies Ecopol Tech SL and PharmaMar SA.

The importance of nanomedicine in cancer therapy:
In nanomedicine, a nanocapsule refers to an organic and biodegradable nanometric container that contains other molecules inside it, to be released once they reach their destination. In the case of cancer treatment, nanocapsules contain drugs that are usually hydrophobic and if they are administered naked (or without being wrapped by the nanocapsule), they are vulnerable to detection and digestion by macrophages – which reduces the effective accumulation of the drug in the tumor cells-, in addition to presenting a high toxicity both for the tumor cells of interest and for the healthy cells of the individual. These immunological barriers cause the administration at high concentrations of the drug chosen for the therapy, which leads to the known side effects of chemotherapy and the appearance of resistance.

Encapsulation can solve these problems: it prevents the elimination of drugs by macrophages, they circulate for a longer time through the blood flow, and they have improved permeability and retention. All because they are more specific covers and less toxic to the human body. Some of these nanomedicines are already being used in oncological patients, such as Myocet ™, DaunoXome ™, Depocyt ™, Abraxane ™, Genexol- * PM ™, and more recently, Onivyde ™: and all have improved the survival of cancer patients in a significative way.

And the research goes further, since the CIBBIM – Nanomedicine Pharmacological Surveillance and Release group of the VHIR has been working for ten years to bring the nanomedicines in development closer to patients and is currently working on several European projects in which several studies are being studied. nanoparticles for the treatment of pancreatic cancer, colorectal and breast cancer, Ewing sarcoma and Fabry minority disease. 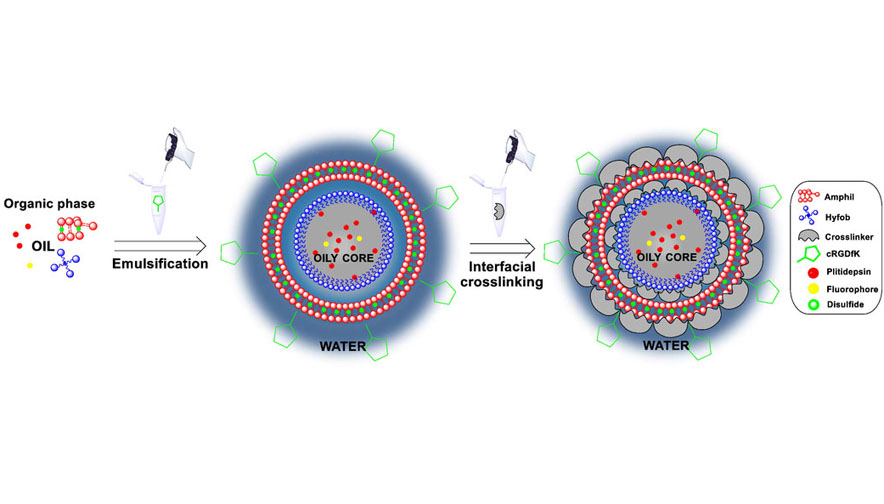 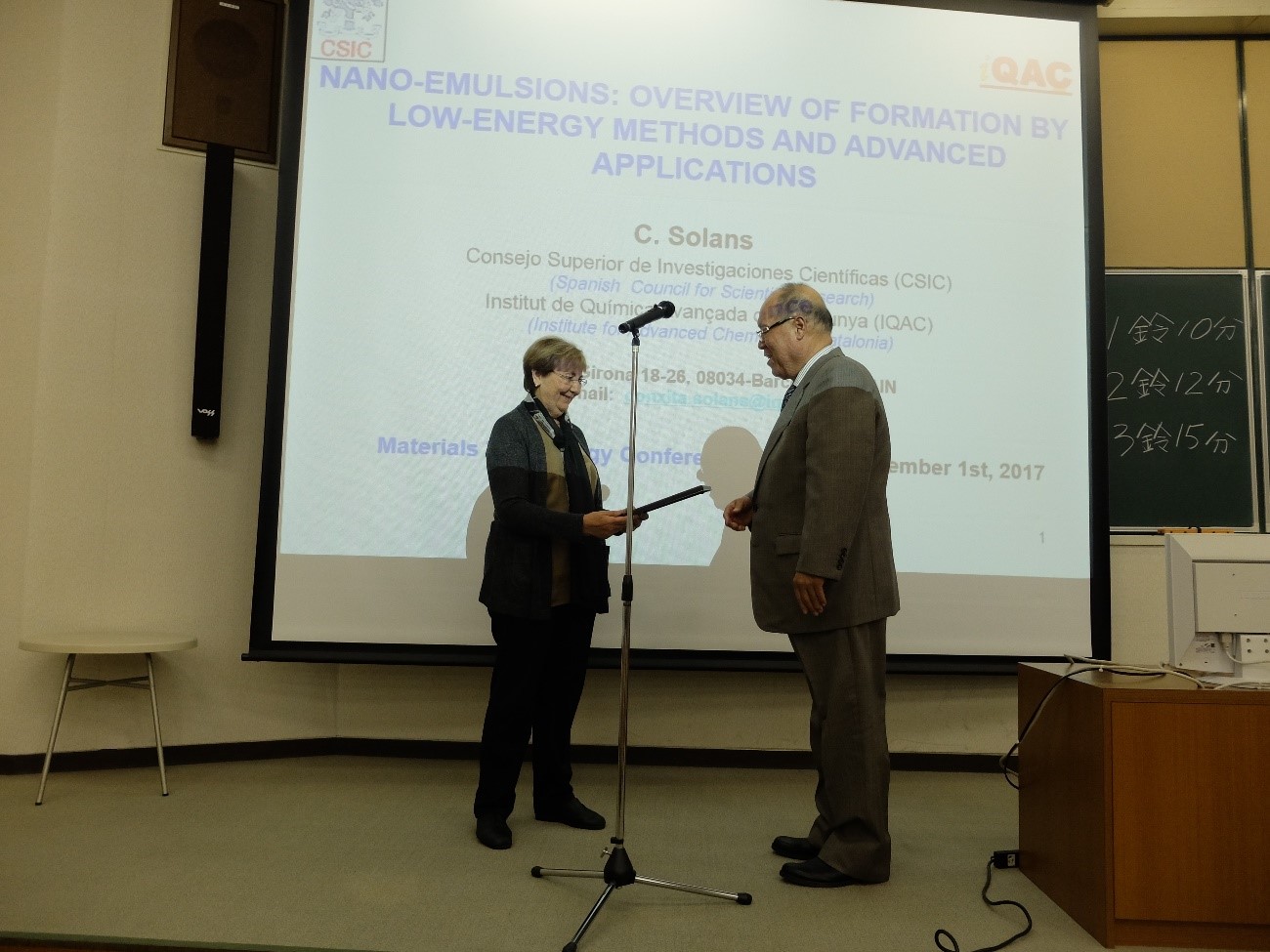 Researchers of Micro-Nano Technologies Unit (U8) of NANBIOSIS, are co-authors of a new paper published in Advanced Functional Materials. Neuroelectronic interfaces bridge the central nervous system to the outside world and hold great potential for functional restoration in persons with paralysis, other forms of motor dysfunction, or limb loss. Neuroscientists and neurosurgeons are thus looking for technologies that could ideally record the whole brain with a high spatial and temporal resolution. Electrocorticography (ECoG), the practice of placing arrays of large-diameter electrodes (few millimeters) directly on the cortex is the current clinical solution to obtaining brain recordings with high temporal resolution.

Recent research from the CIBER-BBN and  IMB-CNM Biomedical Applications group (IP Rosa Villa)  coordinator of NANBIOSIS Unit 8, in collaboration with ICN2 (IP JA Garrido) , IDIBAPS  (IP MV Sanchez Vives) and INSERM (IP B Yvert) groups,  has focused on the development of graphene technology for electrocorticography. Specifically, flexible graphene transistor arrays have been fabricated and applied to the in vivo measurement of local field potentials.

Graphene is one of the most promising material candidates for neural interfacing thanks to its biocompatibility, low dimensionality and mechanical properties. Additionally, graphene exhibits extraordinary electrical properties such as high carrier mobility and chemical stability, features that only few materials can offer therefore helping to create a very intimate interface between the tissue and the transducing system.

However, previous in vivo studies using single layer CVD graphene have used an electrode configuration. Instead, here they propose the use of a transistor configuration. The main reason for this choice is certainly the local preamplification inherent to a transistor. As a consequence, less environmental noise is picked by the device.

Their work presents a complete description of the fabrication technology, the operation of graphene solution-gated field-effect transistors (SGFET) in saline solution and of the custom characterization electronic system. The devices are finally used in in vivo experiments in which the transconductance and noise are first characterized during slow-wave activity followed by the recording of visual and auditory evoked activity as well as of synchronous activity in a rat model of epilepsy. An in-depth comparison of the signal-to-noise ratio of graphene SGFETs with that of platinum black electrodes confirms that graphene SGFET technology is approaching the performance of state-of-the art neural technologies.

Full details of the fabrication, characterization and in vivo performance of the flexible graphene transistor probes can be found in the paper below.

MATERPLAT, the Technological Platform of Advanced Materials and Nanomaterials, has presented the “Spanish technological strategy of advanced materials and nanomaterials” in whose preparation NANBIOSIS has participated. This document seeks to collect and reflect the technological challenges, needs and barriers associated with industrial sectors that clearly require innovation in advanced materials, as well as in their processes and / or products, to ensure their competitiveness, sustainability and growth. 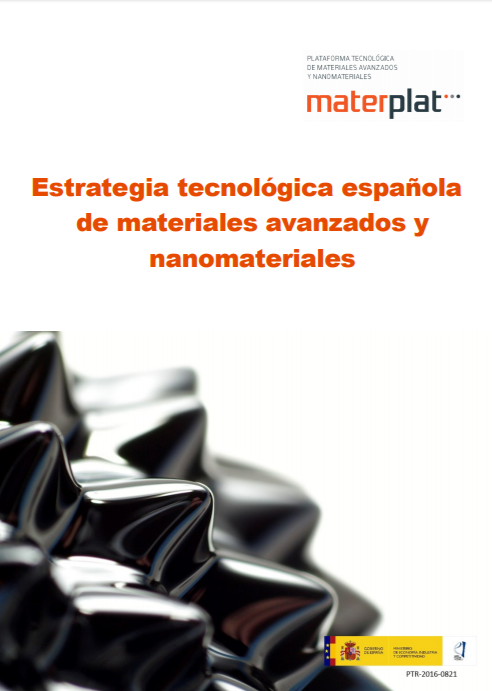