Researchers of NANBIOSIS Unit 26 NMR: Biomedical Applications II have recently published an article in the scientific journal Science and Technology of Advanced Materials,

Four types of calcined MCM-41 silica nanoparticles, loaded with dyes and capped with different gating ensembles are prepared and characterized. N1 and N2 nanoparticles are loaded with rhodamine 6G and capped with bulky poly(ethylene glycol) derivatives bearing ester groups (1 and 2). N3-N4 nanoparticles are loaded with sulforhodamine B and capped with self-immolative derivatives bearing ester moieties. In the absence of esterase enzyme negligible cargo release from N1, N3 and N4 nanoparticles is observed whereas a remarkable release for N2 is obtained most likely due to the formation of an irregular coating on the outer surface of the nanoparticles. In contrast, a marked delivery is found in N1, N3, and N4 in the presence of esterase enzyme. The delivery rate is related to the hydrophilic/hydrophobic character of the coating shell. The use of hydrophilic poly(ethylene glycol) derivatives as gating ensembles on N1 and N2 enables an easy access of esterase to the ester moieties with subsequent fast cargo release. On the other hand, the presence of a hydrophobic monolayer on N3 and N4 partially hinders esterase enzyme access to the ester groups and the rate of cargo release was decreased.

Rey Jaime I Awards are granted (in xis cathegories) to people who stand out in their field of work and who have developed most of their professional activity in Spain. Candidates must be nominated by third parties and must prove their qualities. They are recognized as the most prestigious awards for the activity carried out in Spain. It is one of the best paid prizes in the country. Each of them is endowed with 100 thousand euros and a gold medal. The winners of each category are committed to allocate a part of the prize amount to research and entrepreneurship in Spain.

The jury  of the Jaime I Award for New Technologies (integrated by 18 Nobel prizes) has valued Martínez Mañez “exceptional contributions” in the development of nanosensors with applications in food technology and medicine. Among them, he has indicated the colorimetric labels for the assessment of the freshness of food, the devices for the simple detection of the Human Papilloma Virus (HPV) and the nanostructures of controlled release of active principles against the fruit fly.

In addition, the jury remarked that the “high scientific quality” of his work has been applied in different technological fields with social impact.

Ramón Martínez-Máñez is a university professor, director of the Interuniversity Research Institute for Molecular Recognition and Technological Development (IDM).  He has published a total of 393 articles in different scientific journals and has a very prominent presence in the most significant journals in the field of mustidisciplinary chemistry, such as the Journal of the American Chemical Society or Angewandte Chemie International Edition Nature Communicationsand, having been cited more than 17,000 times (web of Science, 19,874 times in Google Scholar), with an average of more than 42 citations per article, and has an h index of 60 (web of Science, h index of 63 in Google Scholar). Moreover, he has coordinated 99 national and European projects and has achieved “very reliable” sensors for clinical diagnosis, detect changes in the environment and control food quality, with applications in agriculture and nanomedicine.

Currently, his research group is working on the development of nanometric devices with “molecular doors” for the controlled release of drugs. The mesoporous nanoparticles studied are able to retain a charge within their pore system and deliver it when applied a chemical, physical or biochemical stimulus. These particles have been used, for example, for the selective release of cytotoxins for the elimination of cancer cells and bacteria, and also for the release of certain drugs in senescent cells. In addition, the group of Martínez Máñez works in the development of molecular probes for the detection, through changes in color and fluorescence, of elements of environmental and biomedical interest such as drugs, nerve gases, certain types of cells, etc.

Also María Vallet Regí, head of the CIBER-BBN group at the Complutense University of Madrid, has been awarded the Rey Jaime I of Basic Research. Thus, two of the six Awards granted by this institution this year recognize the work of researchers of the CIBER-BBN, partner of NANBIOSIS. 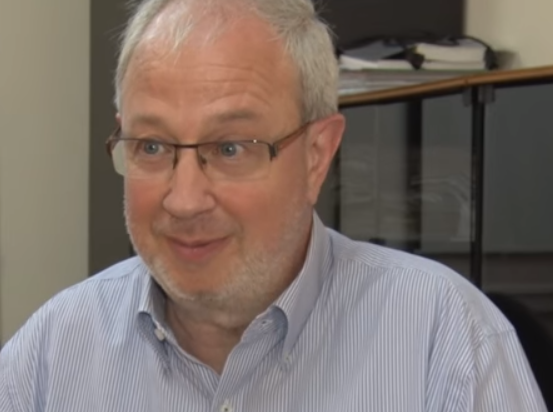