The EASIER Project “Technology-enhanced learning of surgical and interventional technical and non-technical skills”, co-founded by the Erasmus + Program of the UE, introduces an innovative paradigm for online learning of minimally invasive surgery (MIS).

EASIER introduces an innovative paradigm for online learning of minimally invasive surgery (MIS) and interventional skills. CCMIJU, partner of NANBIOSIS, is part on the poroject and provides the tools to create pedagogically curated learning courses where students can train both their technical and nontechnical skills. The platform will provide seamless integration of third-party assets (box trainers, virtual reality simulators) that can be used to program simulator tasks as part of specific courses. Course assessment is broken down by the different technical and nontechnical skills, providing a comprehensive record of the resident’s progress to mastery.

All volunteers completing the validation will gain exclusive early information before public release and a 1-year free subscription to the EASIER platform. 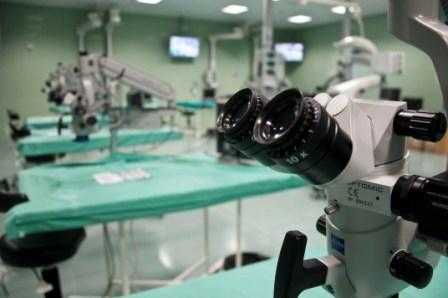 The project seeks to develop a system of sensors to analyze health parameters of the surgeon, such as his physiological and ergonomic state, as well as the interaction between this and the patient during surgery. It is a disruptive research project on sensors to improve the health of the surgeon and the quality of surgery. NANBIOSIS units at JUMISC will play an important role in the development of the project.

This program was born with the aim of promoting the interrelation between Spanish research groups of excellence and those of MIT. The initiative aims to generate synergies and facilitate collaboration in international projects with a pioneering entity at the international level such as MIT.

The collaboration with MIT brings great value to Spanish research, since it is one of the best international research institutions. Among the professors about 80 Nobel prizes are counted, and its students have promoted more than 30,000 companies.