NANBIOSIS Scientific Director Dr. Jaume Veciana received a Mention of Honor for his dedication to NANBIOSIS

On April 22, Dr. Jaume Veciana received a Mention of Honor from the current President of Extremadura, Guillermo Fernández Vara, during the celebration of the X Anniversary of the Center for Minimally Invasive Surgery “Jesus Usón” for his commitment, effort and dedication in the creation of the Singular Scientific Technological Infrastructures (ICTS) NANBIOSIS, in collaboration with the Center for Biomedical Research Center in Bioingeneering, Biomaterials and Nanomedicine (CIBER-BBN).

J. Santamaría, U9 NANBIOSIS gets 2.5M € to develop a revolutionary cancer treatment

Jesús Santamaría, Scientific Director of Unit 9 of NANBIOSIS, has obtained, for the second time in six years, an ERC Advanced Grant, one of the most prestigious and extremely competitive European research grants, restricted to senior researchers with a research trajectory of high quality for more than ten years.

The CADENCE (Catalytic Dual-Function Devices Against Cancer) project will be financed by the EU with 2.5M € to work for five years with a powerful team: four own researchers and seven others to be selected from candidates from all over the world.

With this project the researchers propose a revolutionary cancer treatment to be developed and tested. “The central idea of ​​the project is to consider the tumor as a chemical reactor in which catalysts can be introduced. A catalyst is agent  capable of directing chemical reactions and, in this case, would destroy molecules that are useful for the tumor and generate toxic products inside the tumor. The project thus has the potential to add a new member -catalysis- to the toolbox in oncology And if we could do within the tumor cells themselves we would have a very powerful tool. It would be to use catalysis as an arsenal in oncology “,  explained Jesús Santamaría.  But in addition to developing catalysts that can work successfully under intratumoral conditions (temperature, oxygen concentration, pH), a method must be devised to bring those catalysts selectively into the tumor either through the capillaries by which it extends or Or inside mesenchymal stem cells, as a Trojan horse. Finally, the project contemplates activating the catalysts remotely by infrared radiation, once they have achieved their goal. There are already initial results of the group that allow to glimpse possibilities of achieving these three objectives. A central part of the project will be the synthesis of catalytic nanomaterials. For this, the capabilities of NANBIOSIS-ICTS will be intensely used”

Jesús Santamaría, believes that CADENCE has been selected because it is a new idea and, a priori, could be used in all types of tumors. “It’s new, it’s interesting and we’re going to contract the best researchers, because we’re going to need them,” he said. Among others, they will need experts in oncology, in photocatalysis and in modulation of bioreactors.  .

Next Friday, 21st April, we celebrate the 10th Anniversary of the new JUMISC, betting on training and on research and development activities.

In its ten years of background we emphasize the following figures:

10 years full of training courses and European R&D projects. We are so proud for  the promotion and creation of the  Clúster Sociosanitario of Extremadura (Health Cluster), for obtaining the Good Laboratory Practice to  carry out preclinical trials, for launching a Program of training on Assisted Reproduction, for creating a 3D Department to develop apps, for being included as ICTS in the Spanish Map of Singular Facilities and in the CIBER-CV (Centro de Investigación Biomédica en Red de Enfermedades Cardiovasculares).

Jesus Usón Minimally Invasive Surgery Centre (JUMISC), one of NANBIOSIS partners together with CIBER-BBN, is a multidisciplinary institution devoted to research and innovation in health sciences.

Further info about our achievement in: 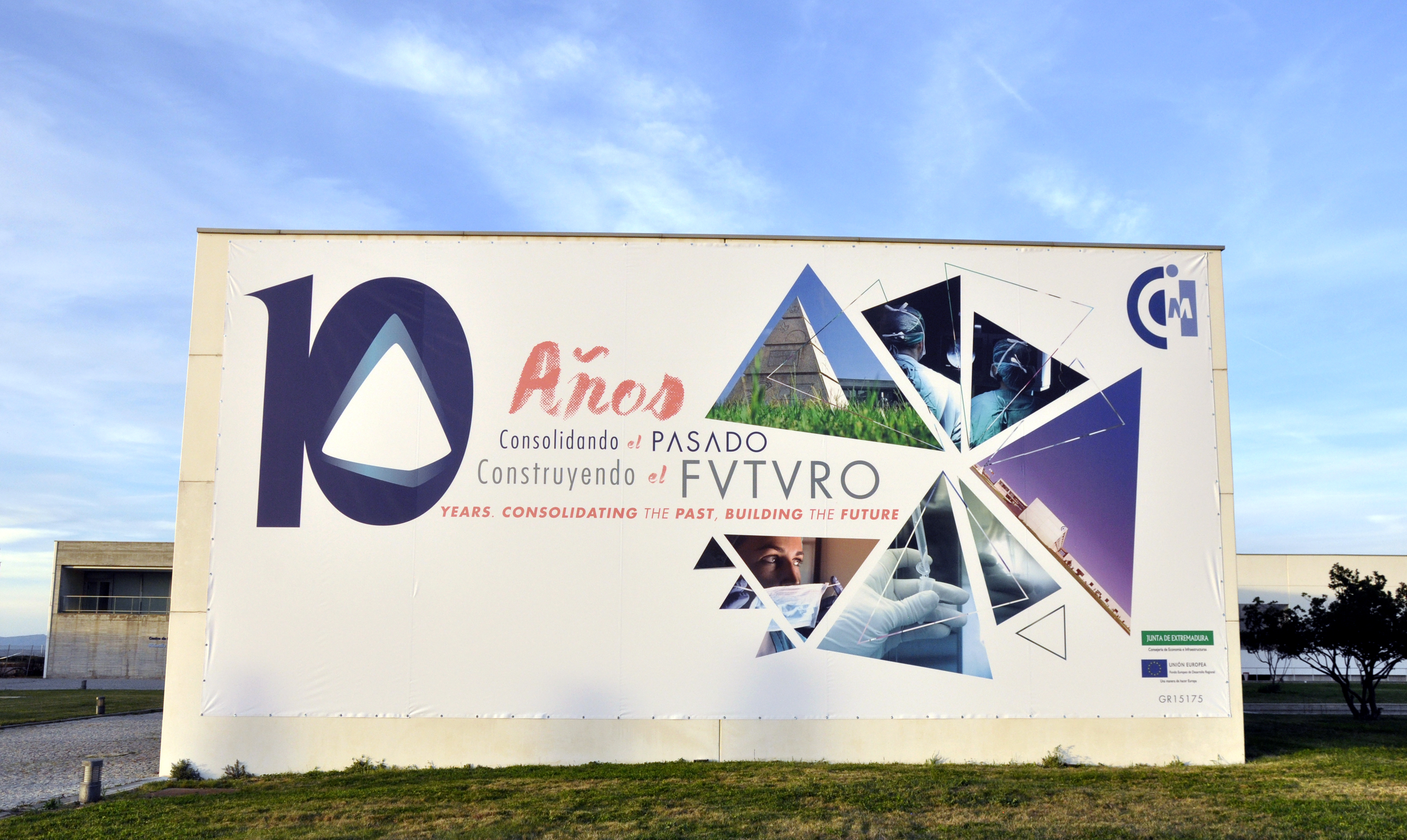 New treatments for degenerative diseases of the retina

The final meeting of the TERET project took place last March, an initiative within the RETOS public-private collaboration initiative of the Ministry of Economy, Industry and Competitiveness funded with almost € 1 million. The project has been carried out over the past three years to develop new treatments for degenerative diseases of the retina, focusing specifically on age-related macular degeneration (AMD), diabetic retinopathy ( RD) and retinitis pigmentosa.

Unit 10 of ICTS NANBIOSIS has participated in carrying out the pharmaceutical formulation of the active principles, including the synthesis, chemical physical characterization and stability of the formulations over time, evaluation of the silencing capacity and viability of the formulations used in cellulare crops, together with the CIBER-BBN groups led by José Luis Pedraz (University of the Basque Country), Ramon Eritja (IQAC-CSIC) and Eduardo Fernández (U. Miguel Hernández de Elche) and the biotechnology companies Sylentis , LeadArtis and Leitat.

Gene silencing solutions have been used as a basis for this project through the use of interfering RNA (siRNA) nd multivalent antibodies in Trimerbody format.

Unit 2 Nanbiosis have signed an agreement with a Belgian Enterprise.

U2 unit of Nanbiosis (Custom antibody service) has recently signed a 3-year contract with UNISENSOR S.A. (Liege, Belgium) for producing on a high scale a collection of immunoreagents used in their diagnostic kits.

UNISENSOR S.A. is a SME biotech company that develops on site diagnostic systems for food safety. Unit 2 of NANBIOSIS, coordinated by Nb4D-CSIC holds a research collaboration for more than 7 years developing new bioproducts and transferring knowledge to UNISENSOR S.A. As result of the collaboration several diagnostic kits are nowadays in the market, consequently this contract has been signed with the aim to supply UNISENSOR S.A. with immunoreagents for their diagnostic products. The biomolecules produced by CAbS are completely characterized and respond to quality control criteria required by UNISENSOR S.A. 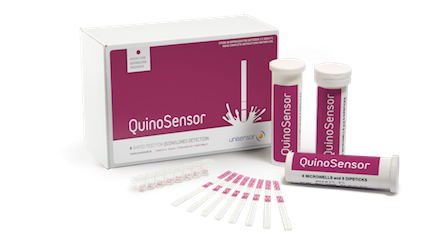 Registration is now open for the Scientific School on Materials for Biomedical Applications (BIOMAT-2017) that will take place on 19th-22nd of June 2017 in the UAB Campus (Barcelona). This school is organized by ICMAB-CSIC and it is included in the Severo Ochoa activities of the Institute.

The school includes lectures from international and local scientists, hands-on and management activities and practical sessions. One of the practical sessions will take place at Unit 6 of NANBIOSIS and will be directed to the preparation and characterization of particulate nanomaterials with biomedical applications.

This Scientific School is an optimal opportunity to discover, learn and practice on material science focusing on fundamental science and applied research in the field of biomedicine.

There will be grants for students covering the fees of the summer school.

For further details and registration please go to:

There are only 50 places available, secure yours with an early registration.

Laboratory-scale prototype for the treatment of cutaneous tumours

Ramon Martínez Máñez, Scientific Director of Unit 26 of NANBIOSIS, has participated in the development, on a laboratory scale, of a low cost device for treatments based on the application of optical hyperthermia by laser.

Among the applications of this technique are the therapies against cutaneous cancer and its objective is to get the death of the tumour cells by overheating. Overheating is achieved by the irradiation of synthesized metal nanoparticles.

The prototype developed consists of an infrared laser with a power of up to 500mW able to provide a power density of up to 4W / cm2, a sensor that allows recording the temperature in real time during the irradiation and a power regulator of the laser, among other components.

The work shows the keys for the development of low cost equipment for the technique of optical hyperthermia. The main novelty with respect to other commercial equipments is that it integrates all the necessary elements for the experimental phase, controlling as many variables as possible.

Currently, there are different laser applicators, used in dermatology and surgery. At certain powers and wavelengths, the energy of the laser is transformed into heat and produces ablation (burn), with the adjacent inflammation that this causes. The prototype is intended to introduce to sick cells nanohaters that, when stimulated by the laser, raise their temperature to 42-48 °, producing hypoxia.

This equipment is already being used successfully in cell cultures in vitro and is also working on therapies in which hyperthermia is combined with controlled release of drugs. Once the technique was developed, it could easily be transferred to a hospital environment by implementing small changes.