A new generation of devices for the rapid, cheap and easy diagnosis of candidemia.

You are here : Home / News / A new generation of devices for the rapid, cheap and easy diagnosis of candidemia. 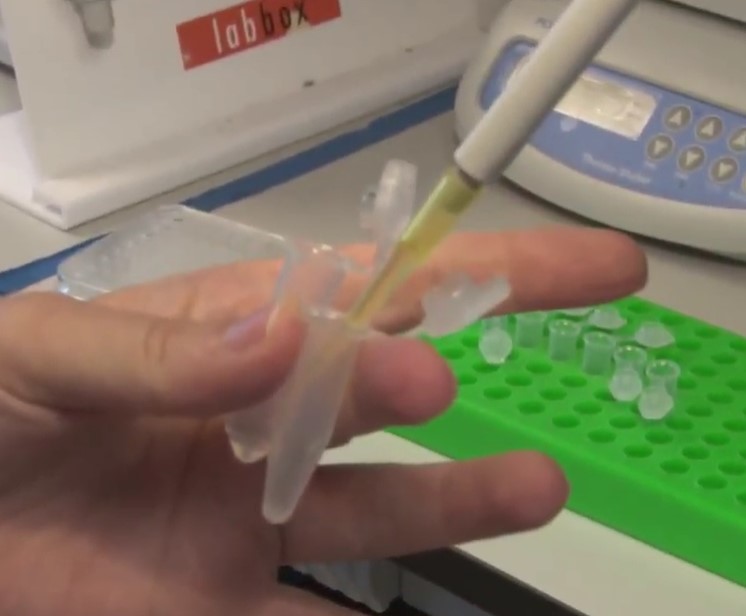 Candidemia is an infection caused by fungi of the genus Candida that is associated with high complication rates with a mortality that can reach 40%. A group of researchers have managed to develop a new material that allows for the rapid detection of candidaemia, with a sensitivity that exceeds 90% and a specificity greater than 95%.

Researchers from the CIBER-BBN (Center for Biomedical Research for Bioengineering, Biomaterials and Nanomedicine). the Polytechnic University of Valencia (UPV) and the La Fe Health Research Institute (IIS La Fe), with the participation of Unit 26 of NANBIOSIS NMR Biomedical Applications II, in collaboration with the Valencian startup MATCH Biosystems have developed a new generation of in vitro diagnostic devices (IVD), capable of improving current times, with high reliability and easy handling.

“The characterization of the anchored molecules as well as the final sensors were characterized using NMR equipment from NANBIOSIS unit 26”, explains Ramón Martínez Máñez, Scientific Director of NANBIOSIS Unit 26 of NMR Biomedical Applications of the University of Valencia and the CIBER-BBN

The group of researchers, led by Ramón Martínez Máñez, professor of Inorganic Chemistry at the Polytechnic University of Valencia and scientific director of the CIBER-BBN; and Javier Pemán, head of the Mycology Unit of the Microbiology Service of the Hospital Universitari i Politècnic La Fe, and head of the Severe Infection Research Group at IIS La Fe, decided to create MATCH biosystems in June 2020 with the objective of marketing in the future “the new generation of IVD devices capable of obtaining results for the diagnosis of candidemia in less than an hour in a reliable, easy way and without the need to go through a laboratory”, explains Adrián Teruel, CEO of the biomedical startup, pharmacist, doctor in nanomedicine.

Currently, the results of candedimia infection are obtained after carrying out cultures of the biological fluid in the laboratory, which can take between three and four days. With the new material and method patented by the researches’ institutions and developed by MATCH biosystems, the diagnostic time is drastically reduced.

“The tests are carried out very quickly, easily and without the need to enter a laboratory, which also reduces the equipment and personnel necessary to carry them out, with the consequent reduction in the expense that this implies for health public, in addition to allowing speed in making medical decisions that can save lives “, details Adrián Teruel.

The material used by MATCH biosystems is composed of dye-loaded porous supports and single strands of DNA, which act as molecular gates. The infection is detected when the single strands of DNA recognize the genetic material of the pathogen in the patient sample, at which point the molecular gates are opened and the dye is released, allowing the diagnosis to be carried out. The first sensors have already been developed and clinical tests have been carried out with real samples of patients, at the Hospital de La Fe.

MATCH biosystems is currently working on developing the complete kit that it expects to reach the market in a maximum of four years, in parallel with obtaining the relevant regulations and certifications.

The company has now focused on infections caused by candidemia, “but the field of application of the new devices also includes, in addition to the clinical, the veterinarian and the agri-food industry” says Teruel.