A Study of Fluid Dynamics and Chemical Parameters

You are here : Home / News / A Study of Fluid Dynamics and Chemical Parameters 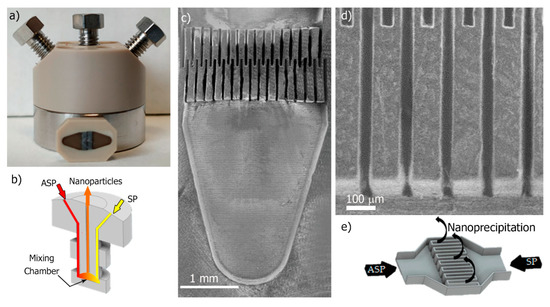 Researchers of NANBIOSIS -ICTS U9, Synthesis of Nanoparticles Unit, from CIBER-BBN andAragon Institute of Nanoscience (INA), have published an interesting study on the Scientific Jounal Materials of Fluid Dynamics  and  Chemical Parameters.

The objective of the the work was to produce gastroresistant Eudragit (R) RS100 nanoparticles by a reproducible synthesis approach that ensured mono-disperse nanoparticles under the size of 100 nm. Batch and micromixing nanoprecipitation approaches were selected to produce the demanded nanoparticles, identifying the critical parameters affecting the synthesis process. To shed some light on the formulation of the targeted nanoparticles, the effects of particle size and homogeneity of fluid dynamics, and physicochemical parameters such as polymer concentration, type of solvent, ratio of solvent to antisolvent, and total flow rate were studied. The physicochemical characteristics of resulting nanoparticles were studied applying dynamic light scattering (DLS) particle size analysis and electron microscopy imaging. Nanoparticles produced using a micromixer demonstrated a narrower and more homogenous distribution than the ones obtained under similar conditions in conventional batch reactors. Besides, fluid dynamics ensured that the best mixing conditions were achieved at the highest flow rate. It was concluded that nucleation and growth events must also be considered to avoid uncontrolled nanoparticle growth and evolution at the collection vial. Further, rifampicin-encapsulated nanoparticles were prepared using both approaches, demonstrating that the micromixing-assisted approach provided an excellent control of the particle size and polydispersity index. Not only the micromixing-assisted nanoprecipitation promoted a remarkable control in the nanoparticle formulation, but also it enhanced drug encapsulation efficiency and loading, as well as productivity. To the best of our knowledge, this was the very first time that drug-loaded Eudragit (R) RS100 nanoparticles (NPs) were produced in a continuous fashion under 100 nm (16.5 +/- 4.3 nm) using microreactor technology. Furthermore, we performed a detailed analysis of the influence of various fluid dynamics and physicochemical parameters on the size and uniformity of the resulting nanoparticles.

According to these findings, the proposed methodology can be a useful approach to synthesize a myriad of nanoparticles of alternative polymers.