Closer to understand the regulation of SMARCA4 expression

You are here : Home / News / Closer to understand the regulation of SMARCA4 expression 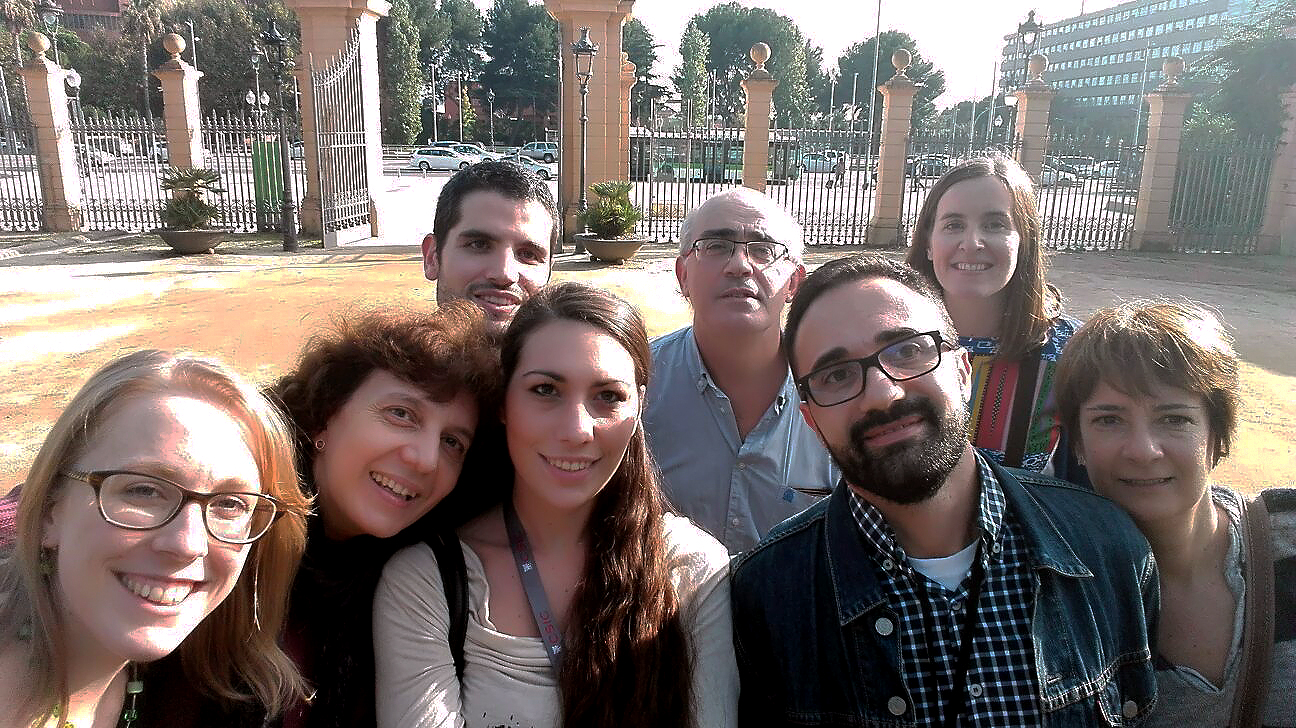 Researchers of NANBIOSIS U29 Oligonucleotide Synthesis Platform (OSP) from CIBERBBN at @IQAC_CSIC, led by Prof. Ramón Eritja, are the authors of an article published by Int J Biol Macromol. 2020, entitled “Influence of pH and a porphyrin ligand on the stability of a G-quadruplex structure within a duplex segment near the promoter region of theSMARCA4 gene”. Prof Eritja hightlighs the contribution to this work by Dr. Raimundo Gargallo from the University of Barcelona.

The manuscript described the structural analysis of the promoter region of the SMARCA4 gene involved in ovarian cancer. This promoter region has an exceptionally long G-rich sequence. In this work we observed the formation of a singular G-quadruplex structure in equilibrium with an i-motif that can be modulated by changes in the pH and by the addition of external G-quadruplex ligands such as porphyrins. The NANBIOSIS Unit U29 provided synthetic versions of the DNA promoter region for the structural analysis.

In a previous work, the formation of G-quadruplex structures in a 44-nucleotide long sequence found near the promoter region of the SMARCA4 gene was reported. The central 25 nucleotides were able to fold into an antiparallel G-quadruplex structure, the stability of which was pH-dependent. In the present work, the effect of the presence of lateral nucleotides and the complementary cytosine-rich strand on the stability of this G-quadruplex has been characterized. Moreover, the role of the model ligand TMPyP4 has been studied. Spectroscopic and separation techniques, as well as multivariate data analysis methods, have been used with these purposes. The results have shown that stability of the G-quadruplex as a function of pH or temperature is greatly reduced in the presence of the lateral nucleotides. The influence of the complementary strand does not prevent the formation of the G-quadruplex. Moreover, attempts to modulate the equilibria by an external ligand led us to determine the influence of the TMPyP4 porphyrin on these complex equilibria. This study could eventually help to understand the regulation of SMARCA4 expression.

Influence of pH and a porphyrin ligand on the stability of a G-quadruplex structure within a duplex segment near the promoter region of the SMARCA4 gene. Alba Navarro Sanae Benabou RamonEritja RaimundoGargallo. International Journal of Biological Macromolecules. Volume 159, 15 September 2020, Pages 383-393. https://doi.org/10.1016/j.ijbiomac.2020.05.062