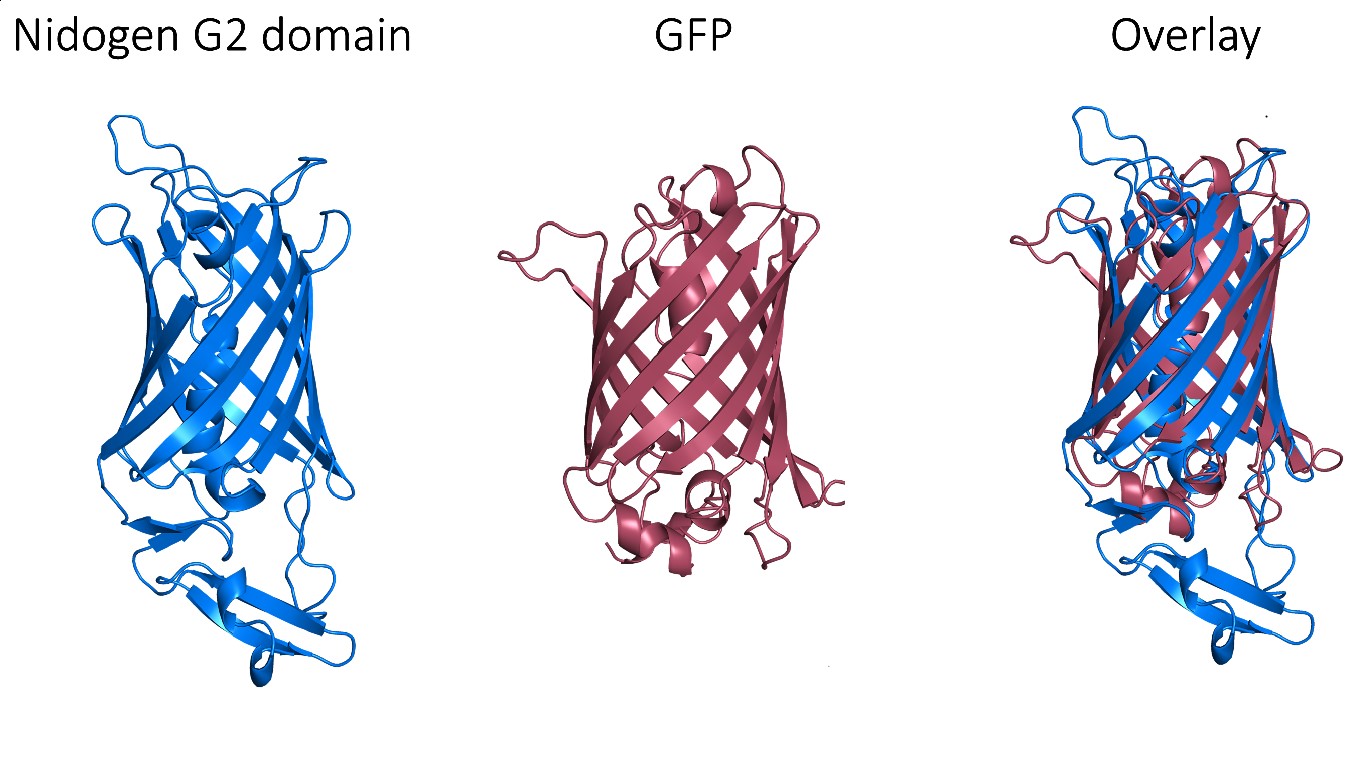 The use of protein nanoparticles as biomaterials have been rising in recent years due to their characteristics: high biocompatibility, structural versatility, biodegradability and plasticity of design. We can later incorporate peptide ligands for specific targeting as fusion proteins and use these nanoparticles for targeted nanomedicine.

However, not all proteins can be used as scaffolds for targeted drug delivery, as they need to meet certain criteria. First, it is crucial that the proteins used as a scaffold allow site-specific drug conjugation. The stability and proteolysis resistance of these proteins is also important to remain assembled during the bloodstream circulation. In addition, the scaffolds must be biologically neutral, meaning that they should not interact with other human proteins that interfere with their capacity to reach and specifically deliver their cargo. The lack of immunogenicity of these proteins is also desired to avoid immune system recognition. And, ideally, the proteins used as a scaffold should not have post-translational modifications to ensure that they fold equally in both prokaryotic and eukaryotic cell factories for production.

The scaffolds that have all these properties have a better chance to both achieve a proper biodistribution and to successfully deliver their cargo molecules into the target cells. The Green Fluorescent Protein (GFP) satisfy most of the desired characteristics for a scaffold. Moreover, its intrinsic fluorescence allows the tracking of the protein distribution and intracellular localization both in vitro and in vivo.

The use of GFP as a protein scaffold for targeted drug delivery has been extensively studied in our group. We have been able to deliver cytotoxic drugs through our patented platform for targeted delivery. This platform consists of a cationic peptide ligand (T22) and a hexa-histidine peptide that act as self-assembling tags. T22 is a CXCR4 ligand that enables a targeted delivery to CXCR4+ cells, a receptor that is overexpressed in metastatic cancer cells. We have demonstrated previously in an in vivo model that more than the 85% of the administered product was accumulated in the tumor and that we could efficiently conjugate Floxuridine (a genotoxic antimetabolite) to our T22-GFP-H6 nanoparticles, resulting in a strong anti-metastatic activity.

Despite these very promising results, GFP is an exogenous protein from Aequorea victoria and, consequently, triggers an immune response, which limits its clinical use. Thus, we needed to find a human protein that matches the exceptional properties of GFP as a protein scaffold. Fortunately, a non-fluorescent GFP-like protein has been described in humans and it corresponds to one of the three globular domains of Nidogen, a structural protein that binds to collagen IV, laminin and perlecan with high affinity. The globular domain G2 has a beta-barrel structure with a central alpha-helix that folds very similarly to the GFP, despite that these proteins share very low sequence identity. Notably, this domain does not have post-translational modifications that could interfere with its production and folding in prokaryotic cells.

However, perlecan and collagen IV binding sites have been reported within this G2 domain. Therefore, we needed to selectively mutate these binding sites in order to assure the biological neutrality of the nanoparticles. After a thorough structural analysis, we incorporated four different mutations to engineer a biologically neutral product that was named HSNBT. There were no differences detected between the wild-type G2 domain and the engineered HSNBT protein regarding the predicted structural epitopes, which suggested that the introduced mutations would not generate immunogenicity.

In order to validate the new scaffold, we used the above-mentioned patented platform with T22 and the hexa-histidine tag, replacing GFP for the new HSNBT scaffold. First, we characterized the resulting nanoparticles and we determined, both by Dynamic Light Scattering (DLS) and Scanning Electron Microscopy (SEM), that they had a size of around 10 nanometers. Then, we observed that the T22-HSNBT-H6 nanoparticles were internalized effectively by CXCR4+ cells. This specificity was corroborated when we used a CXCR4 antagonist (AMD) and we saw a notable decrease of their internalization. Then, we successfully conjugated floxuridine to the nanoparticles (T22-HSNBT-H6-FdU) through the free lysine-amino groups of the protein and we demonstrated that the nanoconjugates had a potent cytotoxic effect in CXCR4+ cells.

Once we have validated these nanoconjugates in vitro, we tested them in a colorectal cancer mouse model. Notably, we saw an important tumor growth inhibition after several doses of these nanoconjugates. The inhibitory effect was slightly higher when using the new scaffold than with GFP. We also saw a significant increase in cell death bodies and caspase-3 activation in the tumor after the treatment with the nanoconjugates. Again, the effect was more potent with HSNBT as a scaffold than with GFP. Remarkably, the treatment did not result in any histological toxicity and there were no differences between the weight of the treated mice when compared to the untreated mice.

All in all, these results confirm that the G2 domain of nidogen can be used as a protein scaffold for targeted drug delivery. Its performance both in vitro and in vivo not only matches the observed with GFP, but it is even more efficient than GFP when conjugated with floxuridine. Therefore, the engineered HSNBT protein shows a very exciting potential to be used in the development of protein-based nanomedicines.