Laura Lechuga: awarded the most important recognition in Spain in the field of scientific research

You are here : Home / News / Laura Lechuga: awarded the most important recognition in Spain in the field of scientific research 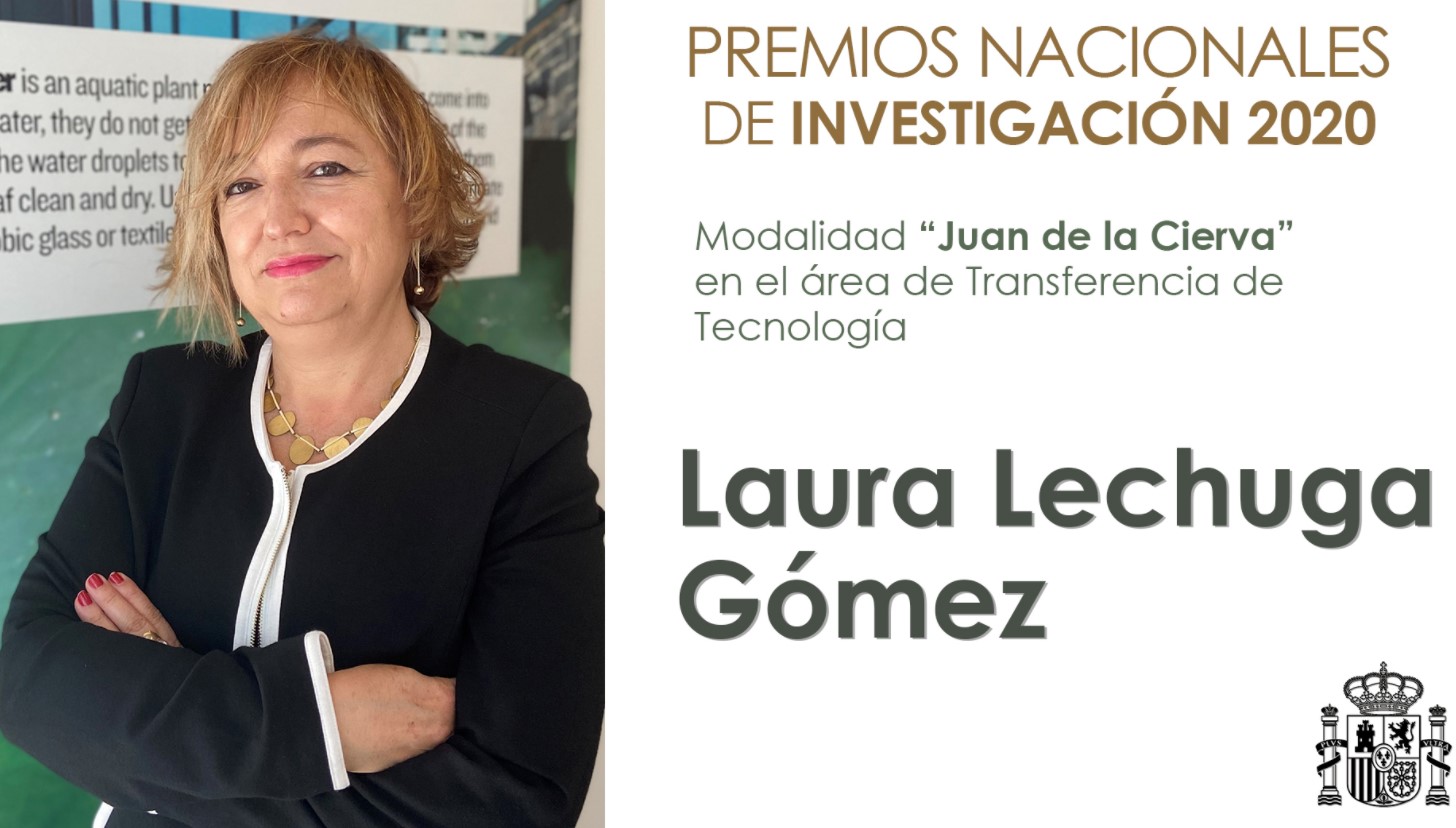 The Scientific Director of NANBIOSIS U4 Biodeposition and Biodetection Unit Laura Lechuga, has been awarded the 2020 National Research Prize, the most important recognition in Spain in the field of scientific research, granted by the Ministry of Science and Innovation.

The National Research Awards, created in 1982, aim to distinguish the merit of those researchers of Spanish nationality who are carrying out outstanding work in scientific fields of international relevance and who exceptionally contribute to the advancement of science, to the transfer of technology and the progress of humanity. These awards have a total amount of 300,000 euros, (30,000 euros each award).

National Award “Juan de la Cierva”, in the area of ​​Technology Transfer
Laura Lechuga, group leader of the CIBER-BBN at the Catalan Institute of Nanoscience and Nanotechnology (ICN2), a joint GENCAT-CSIC-UAB center, has received the Juan de la Cierva National Award, in the area of ​​Technology Transfer, for her contribution innovator of diagnostic methods through pioneering projects such as the development of “lab-on-a-chip” platforms.

The jury highlighted the complete nature of her career, which combines high-quality scientific activity with technology transfer, not only in the development of patents but also in terms of promoting the creation of spin-off companies. All this, together with the leadership and coordination of important projects at the international level, and the impact of her work on the early diagnosis of diseases, makes her worthy of this distinction.

Prof. Lechuga has received several awards and recognitions throughout her career, such as the Physics, Innovation and Technology Award from the Royal Spanish Physics Society and the BBVA Foundation in 2016, a Fellow of the Optical Society (OSA) since 2014, the Ada 2020 Byron Award, from the University of Deusto (Bilbao, Spain) and, recently, the Rei Jaume I New Technologies 2020 Award, awarded by the Valencian Government and the Rei Jaume I Awards Foundation.

Source of information: Ministry of Science and Innovation.