NANBIOSIS with the research appointment “Towards a New Horizon”

You are here : Home / News / NANBIOSIS with the research appointment “Towards a New Horizon” 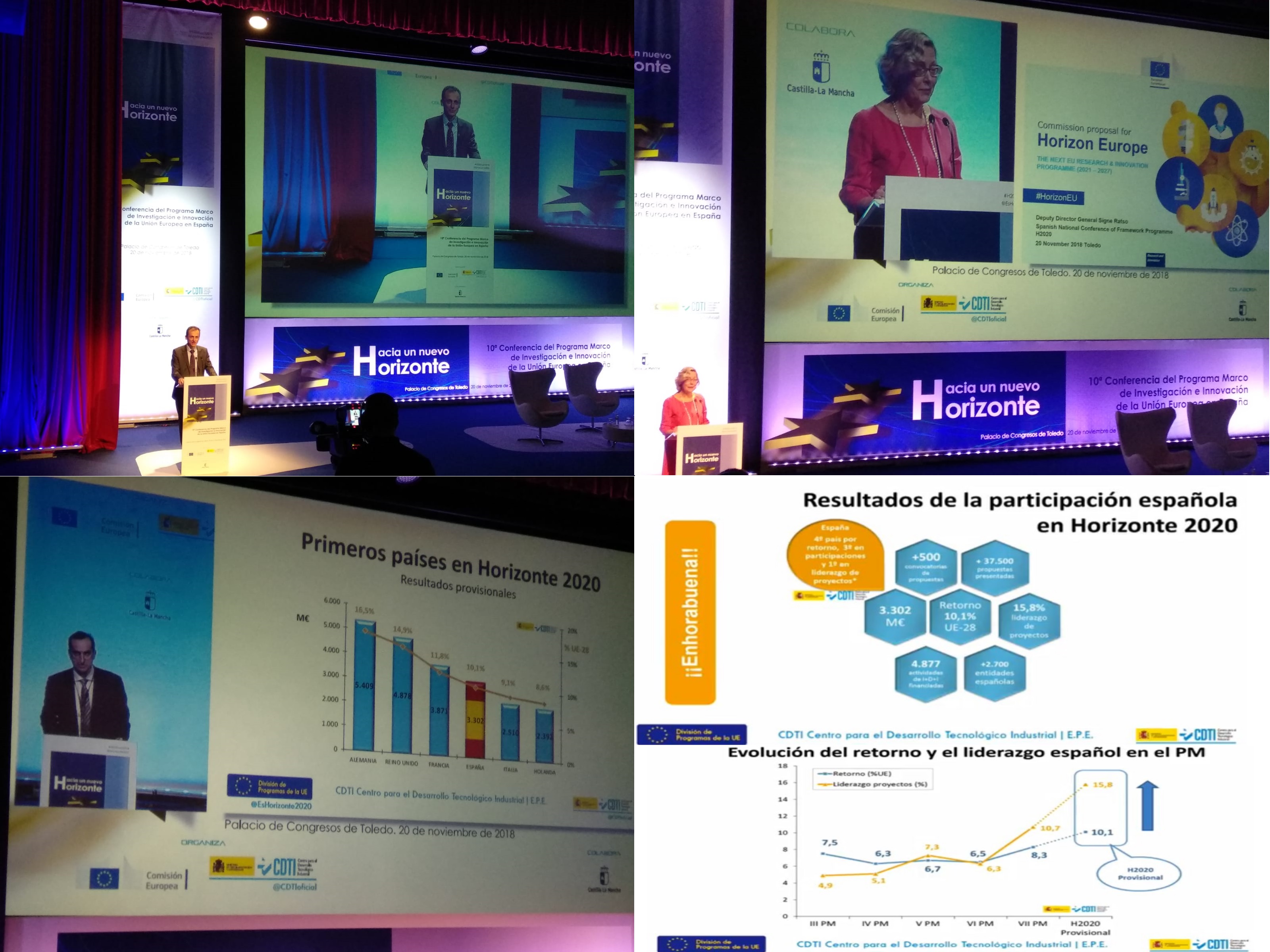 NANBIOSIS has attended today the  10th  Research and Innovation Framework under the slogan “Towards a New Horizon“, organized by the CDTI and the European Commission, in collaboration with the Board of Castilla La Mancha has been held on November 20 in the downtown Congress Center of Toledo “El Greco“.

The objective of the Conference has been to review the new developments and analyze the participation of Spain in Horizon 2020 in order to draw conclusions that allow Spanish entities to better face the next calls for proposals. The new proposal of the European Commission (EC) for Horizon Europe has also been presented.

The Minister of Science, Innovation and Universities, Pedro Duque has opened  and chaired the institutional inauguration in which he has highlighted the importance of participation in H2020, not only for financing reasons but also for the impact generated by projects. Not in vain has it been revealed in the day that the Spanish returns in H200 so far exceeded 10% of the total granted, placing Spain as the 4th country of the EU in return and the first as project coordinator.

The Deputy General Director of DG EC Research and Innovation, Signe Ratso, has given a few strokes of the new Horizon Europe program for 2021-2027 in which figures between 1 and 1.2 billion € are being considered, to give continuity to the current Program with some evolution and innovations, but without supposing a revolution with respect to the previous one.

NANBIOSIS has participated in the preparation, coordination and execution of R+D+i European projects during the last years and will continue to do it. An event like the 10th  Research and Innovation Framework  “Towards a New Horizon“is a forum of great value not only for the information given, but also to exchange experiences and impressions and to do valuable networking for the next calls.