You are here : Home / News / Rosa Villa explains how New graphene implants can help to better understand the brain 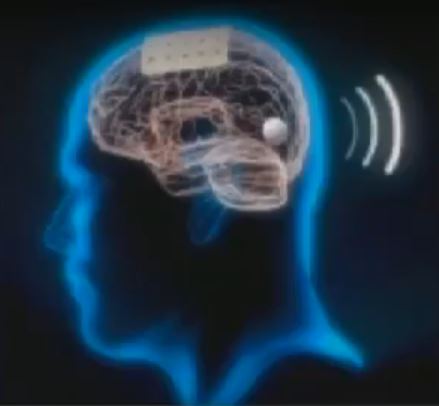 
A graphene implant that detects brain activity at extremely low frequencies could improve the technology of the electrodes to analyze the state of our brain, has been developed by researchers from several research institutes of the CSIC in Catalonia and the CIBER-BBN.

Last First of February , Rosa Villa, Scientific Director of NANBIOSIS U8 Micro – Nano Technology Unit was interviewed in Ágora, a program of Scientific Dissemination of Radio Aragón. Dr. Villa, researcher of the Biomedical Applications Group of the Institute of Microelectronics of Barcelona and CIBER in Bioengineering, Biomaterials and Nanomedicine, explains the relevance of the research carried out, together with several institutes of the CSIC in Catalonia, on the application of new materials to the study of brain activity.

The brain is composed of many neurons that communicate with each other. This communication occurs through electric currents that are detected with electrodes placed on the surface of the head or above the brain. Brain waves are very different if we are awake or asleep or when we have certain pathologies. The electrodes with which these electrical signals
were analyzed used to be large; thanks to the microelectronics began to make increasingly smaller electrodes that could identify communications much better but that small size also makes their limited reach, since they do not always take all the degrees of frequency.

Graphene has opened the degree of frequencies to detect the electrical signals of the brain. So far the electrodes were placed on top of the hair (for example the encephalograms) but now, although it has only been done in animals for the moment, the microelectrodes are already being placed as implants on the brain itself, which are left on the surface or they dig in to access more depth. When this is done, the brain feels invaded and isolates that electrode generating a scar, which is why more compatible materials are sought that are not rejected by the brain, such as graphene. Overcoming this technical limitation makes accessible the large amount of information that is below 0.1 Hz, while it facilitates the design of new brain-computer interfaces can register a wide range of frequency of what is occurring in a site of the brain.