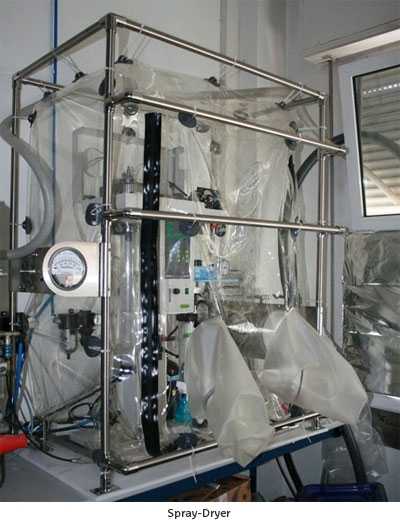 Located at the Faculty of Pharmacy, University of the Basque Country (UPV/EHU), Campus of Alava in Vitoria. The Unit is led by Prof. José Luis Pedraz and consists of large laboratories for: cell culture, chromatography equipment, sample preparation and characterization and one specific for scale preparation of pharmaceutical formulations. Recently the group has incorporated 3D bioprinters of last generation with different technologies based on extrusion, ink jet, among others. It has also incorporated a self-assembly equipment of nanoparticles based on microfluidic technologies.

This Unit has the capacity to design and evaluate dosage forms both classical and new dosage forms of biotech drugs, DNA, RNA and vaccines using different methodologies based on micro and nano-medicine and the latter technology based on the microencapsulation of cells, peptides, proteins, and in general of biotech products, as well as the development and design of non-viral vectors for gene therapy, is one of the biggest singularities of this Unit. It counts with the most advanced equipment for micro and nano encapsulation.

The aim of the Unit is to determine experimentally all the variables needed to develop an optimal formulation and work instructions for preparing final pharmaceutical products.

The pharmaceutical technology applied to drug development involves the selection of materials and procedures that can be adapted to different processes that lead to specific pharmaceutical forms. To do that, the Unit10 counts with the most advanced equipment to cover the development for all the steps of the process. 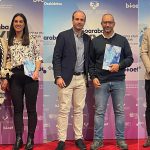 Researchers of NANBIOSIS U10 “Drug Formulation” – NanoBiocel research group from CIBER-BBN and UPV/EHU receives 3 awards in the category of Best International Articles at the annual Bioaraba Research and Innovation Conference. On 4 November, the Bioaraba Health Research Institute held its XXIII Research and Innovation Conference in Vitoria. This important annual forum held in [...] 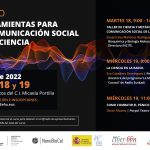 On October 18 and 19, was held the second course on Social Communication of Science, orgnized by NANBIOSIS U10 Drug Formulation Unit -(NanoBioCell Group of CIBER-BBN and UPV-EHU, this year entitled “Tools for the social communication of science“. The course aimed to provide doctoral students with communication with tools to be employed in their work [...] 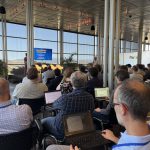 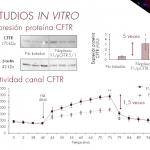 Cystic fibrosis is an inherited genetic disease that mainly affects the lungs and the digestive system On April 6, the first meeting was held, on the one hand, with people with Cystic Fibrosis and the Euskadi Cystic Fibrosis Association (Arnasa) and, on the other, with the NanoBioCel research group of the CIBER-BBN and the University [...] 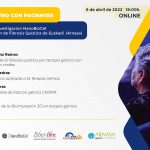 Cystic Fibrosis is a genetic disorder that affects mostly the lungs, but also the pancreas, liver, kidneys, and intestine. It is a genetic, degenerative and chronic disease, with a population incidence is 1 in 5,000, so it is considered among the so called “Rare Diseases” The most common symptoms are continuous colds, repeated infections, decreased lung capacity, impossibility of fat absorption and [...] 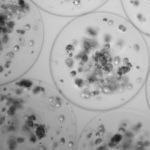 In the picture: microencapsulated cardiospheres 10X Captured Brightfield with DM_RGB_Brightfield with DM The European project POSITION-II has been selected for publication in the ‘Results in Brief’ section of the Community Research and Development Information Service (CORDIS) website. CORDIS is the European Commission’s primary source of results from the projects funded by the EU’s framework programmes [...] 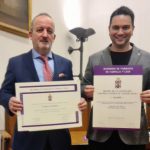 The leader of the NanoBioCell Group form CIBER-BBN and UPV/EHU, Jose Luis Pedraz, and the reaearches Laura Saenz del Burgo and Markel Lafuente have received the 2021 Award from the Academy of Pharmacy of Castilla y León, on February 4, at the city ​​of Salamanca, for the work entitled: “Design and Characterization of a biotin [...] 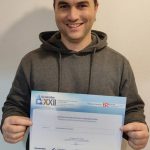 Edorta Santos Vizcaíno has been awarded as Best Emerging Researcher in the biomedical area by the Bioaraba Health Research Institute in the XXII edition of the Research and Innovation Conference. This award aims to recognize the work of researchers under the age of 40 who carry out their research activity in any public center of [...] 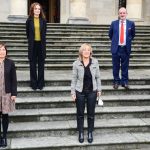 The Unit 10 of Drug Formulation of the ICTS NANBIOSIS coordinated by the CIBER-BBN NanoBioCel group directed by Jose Luis Pedraz, which belongs to the University of the Basque Country, has been present at the signing of the agreement that gives support by the Provincial Council of Alava within the framework of the Advance Pharma [...] 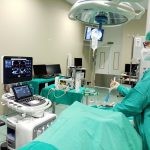 Cáceres, October 14th, 2021 POSITION II has received funding within the Electronic Components and Systems for European Leadership Joint Undertaking (ECSEL JU) in collaboration with the European Union’s H2020 Framework Programme (H2020/2014-2020) and National Authorities, under grant agreement Ecsel-783132-Position-II-2017-IA. It promotes innovation in smart medical instruments and focuses in the next generation of smart catheters [...] 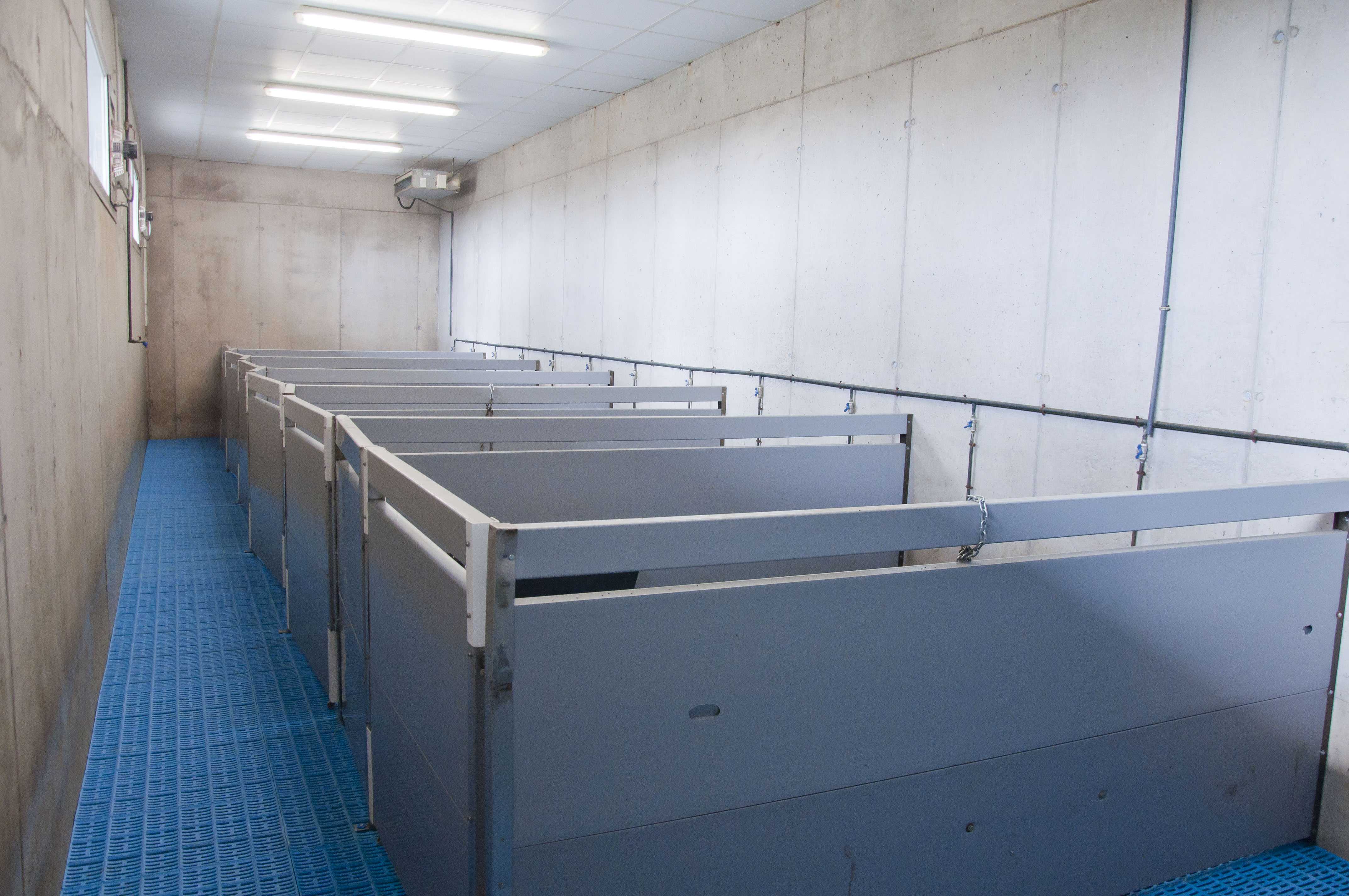 The JUMISC Animal Housing Unit provides services to companies and research groups in many preclinical trials. This unit advises designs and conducts preclinical validation on demand. It has qualified professionals to design, monitor and validate any type of biomedical study. In addition this unit has been certified by the Spanish Agency of Medicines and Health Products (AEMPS) for studies in “Dosing of test substance and non-clinical specimen drawing” and “Biocompatibility studies of medical devices”. These two new certifications are attached to existing “in vivo toxicity”, “Tolerance” and “Pharmacodynamics”. All these certifications allow NANBIOSIS members to perform studies to verify the effectiveness, safety and biocompatibility of nanotechnology under development. A most singular fact makes this unit is the possibility of housing, maintaining and supervising large animals for preclinical validations. This Service has extensive experience in handling and care of minipigs and what it entails use in preclinical studies.

Its perimeter area is 3,200 m2, and the net floor area is 2,865 m2. It has large rooms to house the experimental animals according to their species characteristics (age, sex, weight, breed) and to the research projects they are assigned to. Among the equipment and facilities include: rooms for the maintenance of large animals, rooms for maintaining small ruminants, barrier zone for maintenance of rodents under SPF conditions, integrated operating room within the barrier area, multi-use rooms for rodents and lagomorphs maintenance, room for receipt and handling of animals, quarantine rooms pre-experimental process, room to perform small procedures and cures and preparation rooms for large animals prior to the surgical area.

This unit has facilities with a perimeter area of 3,200 m2 and it has large rooms to house the experimental animals according to their species characteristics.