You are here : Home / News / The sprint of the European Project Moore4medical 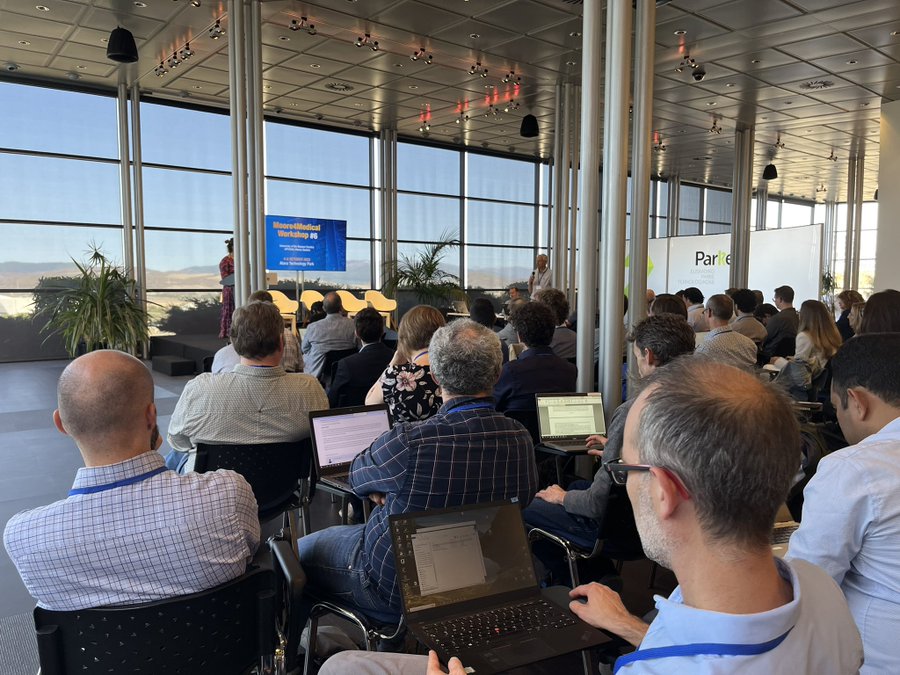 The NanoBioCel group of the CIBER BBN, which also runs NANBIOSIS U10 Drug Formulation unit , organized the Workshop #6 of the Moore4medical European project at the Alava Technology Park on October 4, 5 and 6

The Central Building of the Álava Technology Park hosted the ‘Workshop #6’ of the European project which. 80 people belonging to 68 organizations, including private companies and research groups from universities and research centers from 13 countries of the European Union, participated in a meeting that has the leadership of the Dutch multinational Philips in its divisions of electronics and medical systems and service innovation

Moore4Medical Project
The three-year Moore4Medical project is funded by the public-private association ECSEL (Electronic Components and Systems for European Leadership), which manages a research and innovation program to strengthen the electronic components and systems sector in order to maintain the European Union at the forefront of technological development. The goal of the project is to accelerate innovation in electronic and microfabricated devices for various emerging medical specialties. The total financing of the project amounts to 68 million euros, of which more than half a million have been granted to the work of NanoBiocel.

The NanoBiocel research group from UPV/EHU, which is part of the CIBER BBN and the ICTS Nanbiosis through the U10 Drug Formulation, is led by Professor Jose Luis Pedraz, from the Faculty of Pharmacy of the Álava Campus. He participates in the European project Moore4medical on the optimization of the lyophilization process of biopharmaceutical products in microfluidic devices

Microfluidic Device
The University of the Basque Country is working, together with the Mondragón microLIQUID company, on the development of technology for the integration of lyophilized drugs and their rehydration in a microfluidic device for their correct administration. The lyophilized drug will be integrated into the microfluidic device using specific techniques to ensure good interaction between the fluid and the drug for delivery by the pump. The ultimate goal is to design a parenteral drug administration system that is much more comfortable for patients and improves therapeutic compliance with treatments.

The microLIQUID company is a benchmark biotechnological company in the microfluidic technology sector and is responsible for the design and development of microfluidic modules.

In this work called ‘Drug Adherence’, integrated within the total project, the NanoBioCel group has teamed up with the Irish national institute Tyndall, the pharmaceutical multinational AbbVie, the Fraunhofer Institute of Germany, the services innovation section of Philips, the German company Gaudlitz GmbH, specialist in polymers, the Technological Institute Karlsruhe in Germany and the company HI Iberia of Madrid.