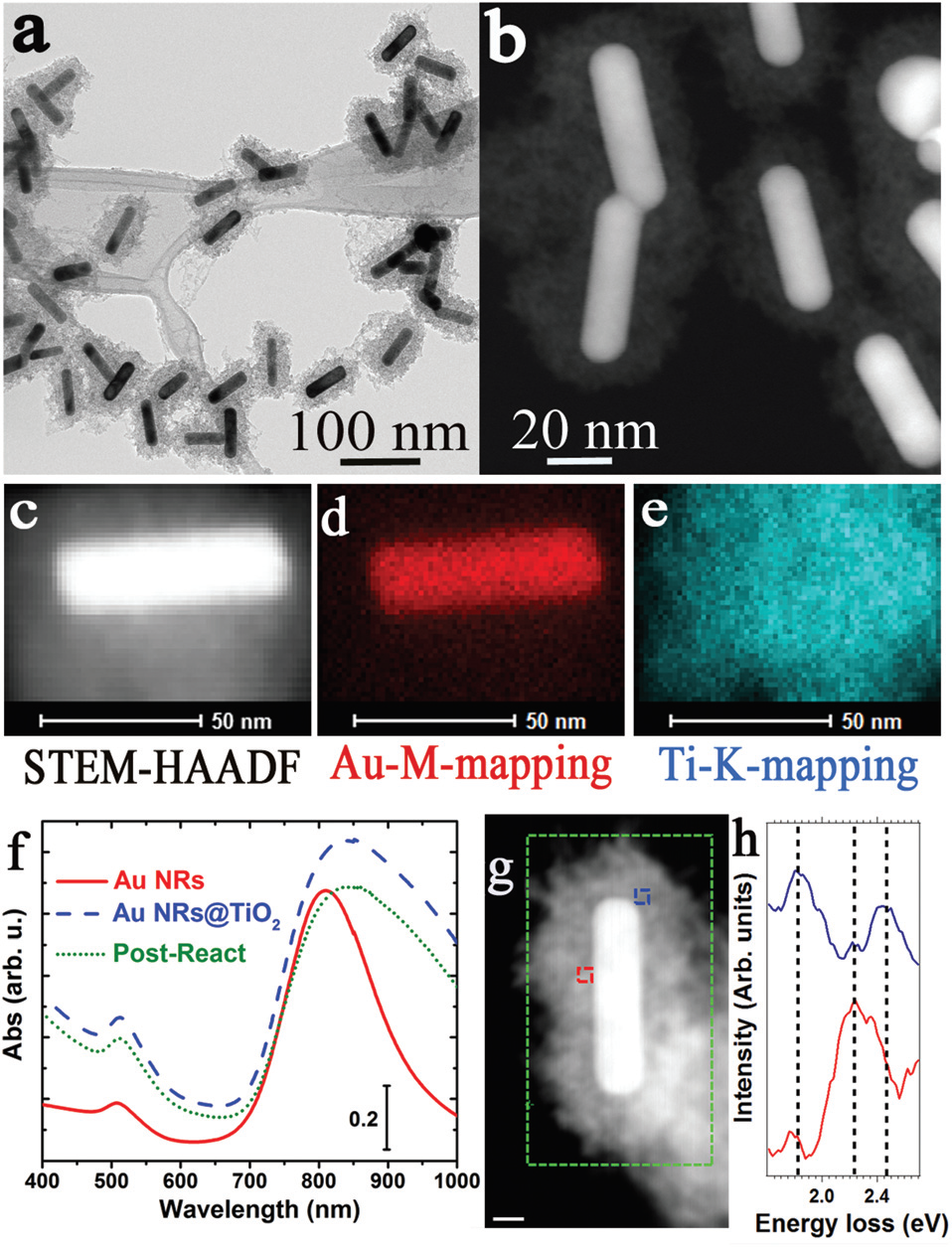 New communication in the Journal Nanoscale, from the Royal Society of Chemistry by NFP Group, coordinator of Unit 9 of NANBIOSIS.

The syntheses of materials during the research have been performed by the Platform of Production of Biomaterials and Nanoparticles of the NANBIOSIS ICTS, more specifically by the Nanoparticle Synthesis Unit, as stated in the publication.

Gold nanorods coated with a uniform titanium dioxide nanoshell have been prepared and used as glucose-oxidase surrogates. Remarkably, this core–shell photocatalytic nanostructure has been able to induce complete oxidation of glucose at near room temperature (32–34 °C) in a wide range of pH values with the aid of a near-infrared (NIR) irradiation source. In contrast, the uncoated gold nanorods exhibit negligible photo-oxidation response under identical experimental conditions thereby proving the photoactivity of the titania shell towards glucose oxidation. The process takes place via in situ photo-generation of singlet oxygen or hydroxyl radicals as reactive oxidative species (ROS). This underlines the role played by the core nanorods as plasmonic light harvesters in the NIR range and constitutes the first example of a NIR-activated enzyme-like catalyst.