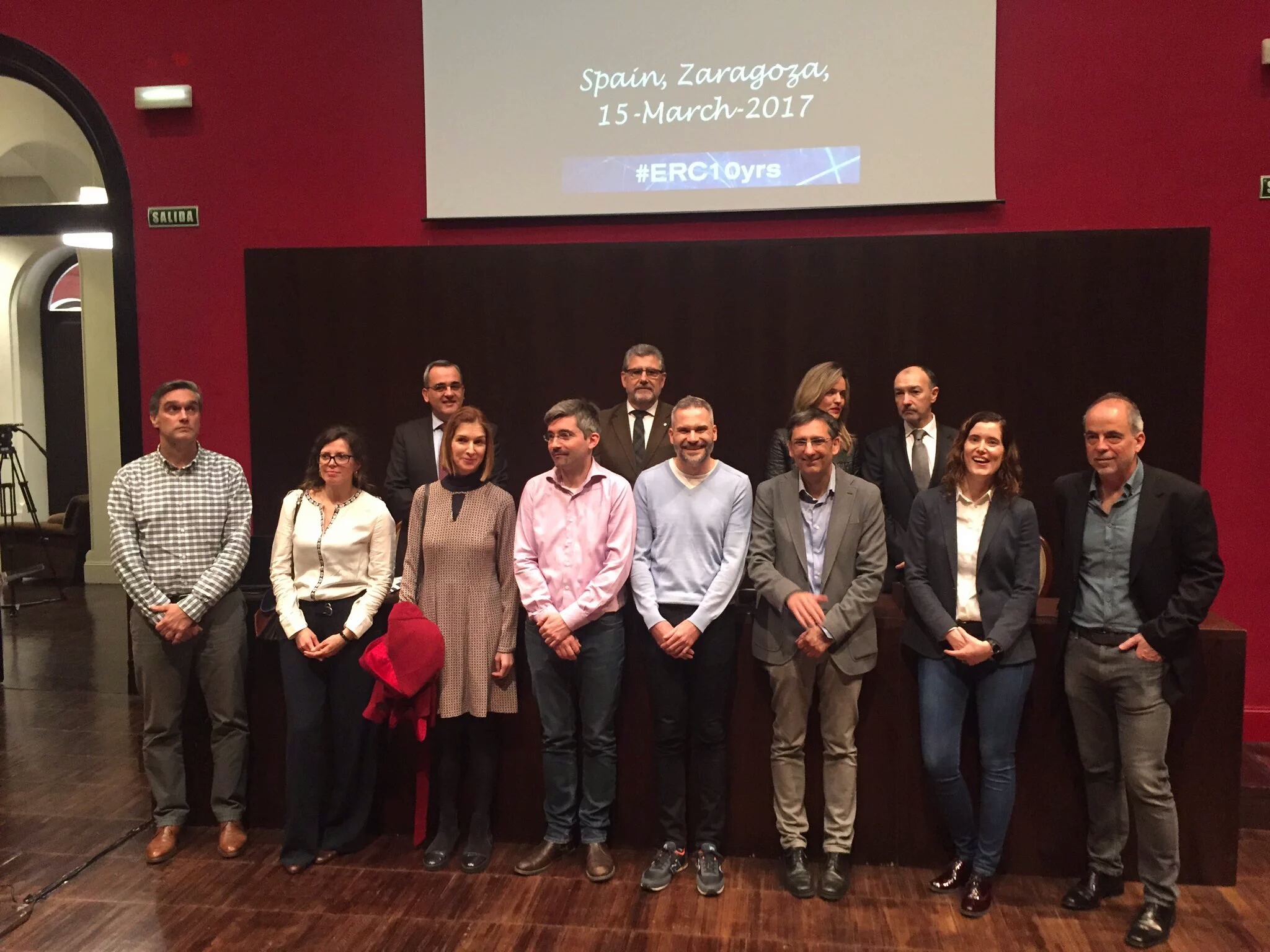 2017 is the year of the X Anniversary of the European Research Council (ERC), created to finance research projects of excellence at the frontier of knowledge of any scientific discipline.

The structure of the ERC consists of an autonomous scientific council made up of 22 distinguished scientists supported by an executive agency that is responsible for implementing the program, organizing the evaluation and managing the aid.

The University of Zaragoza, hosting three units of NANBIOSIS, joined the celebrations with an event that took place on March 15. Among the assistants, three Scientists of NANBIOSIS recognized with ERC:

Jesús Santamaría, Scientific Director of Unit 9 of NANBIOSIS, received an Advanced Grant, on the senior side, with a funding of 1.85 M. for his project Héctor.

Manuel Arruebo, researcher of the group of Nanostructured Films and Particles, coordinator of Unit 9 of NANBIOSIS, obtained the Consolidator Grant endowed with 1.5 M of euros with a Nanobiomedicine project.

Esther Pueyo, researcher of the group BSICoS, coordinator of Unit 27 of NANBIOSIS, obtained an ERC Started Grant for her Modelage project, financed with 1.5 M euros.