Ramón Martínez Mañez, Scientific Director of NANBIOSIS Unit 26 NMR: Biomedical Applications II  toguether with other Scientists from CIBER-BBN, the Institute of Biomedicine of Valencia-CSIC  and  University and Polytechnic University of Valencia, have developed, on a laboratory scale, a new system to cause the apoptosis in cancer cells.

Is consists on nanocapsules carrying a peptide – a small chain of amino acids – that would be released in a controlled manner to generate the apoptosis of the affected cells. “So far, we have worked with cellular models and the results obtained are promising,” says Ramón Martínez Máñez, director of the Interuniversity Institute for Molecular Recognition and Technological Development of the UPV and scientific director of the CIBER-BBN.

The main novelty of the work developed by the researchers  is the encapsulation of the peptide. According to Martínez Máñez, the current problem of the use of these molecules in clinical therapies is their high rate of degradation and low bioavailability. In fact, a large number of peptide therapeutic products do not obtain approval by regulatory agencies due to these limitations.

“Blood plasma hosts more than 120 proteins, among which are numerous enzymes that degrade molecules. The encapsulation of peptides in mesoporous silica particles could be of general application to be administered in a controlled and effective way in clinical practice. In this case, when the nanoparticle enters the cells, the polylysine that covers the nanoparticles degrades and allows the peptide to be released and then induces the death of the cancer cell, “explains Jerónimo Bravo researcher at the IBV.

The use of the Institute of Biomedicine of Valencia-CSIC  would also reduce the toxicity of the therapy, since they are less aggressive than the cytotoxics currently used to induce apoptosis of cancer cells. “In addition, the encapsulation allows to use less medication and would also reduce the side effects in patients,” says Jerónimo Bravo.

After its validation at laboratory scale, the next step would be the evaluation with animal models.

The work of the researchers from the Universitat Politècnica de València, the Institute of Biomedicine of Valencia-CSIC and the CIBER-BBN has been published in the latest issue of Chemistry-A European Journal.

Between today and tomorrow the 3rd workshop of the European project H2020 “IPMT-Integrated Precision Medicine Technologies Center of Excellence” is being held in Barcelona. The meeting is being attended by more than 30 people, from the Fraunhofer Institute for Biomedical Engineering, the CIBER-BBN and the University of Cyprus as well as other partnerts from Cyprus.

Jesús Izco, Coordinator of NANBIOSIS has made a presentation of the ICTS and has taken the opportunity to present the NANBIOSIS nanomedicine cascade characterization model, which has aroused great interest among attendees.

The objective of the European project “Integrated Precision Medicine Technologies Research Center of Excellence” is to establish an Integrated Precision Medicine Technologies Research Center of Excellence, a multidisciplinary center that will be a leader in the development of new technologies to further enable and accelerate the progress and application of precision medicine. The Center will include all the essential fields: (i) modeling & simulations, (ii) intelligent systems & bioinformatics, (iii) imaging & biosignal analysis, (iv) digital & eHealth, (v) embedded systems & electronics, and (vi) ) sensing technologies (including nano), with support from (vii) biosciences and (viii) clinical validation. Initially, the clinical emphasis will be on tools and methods for relevant multifactorial diseases: cancer, neurodegenerative disorders and traumatic brain injury. The proposal is a collaboration between leading Cypriot and European institutions. The host, the University of Cyprus, is the country’s leading academic institution, with local partners including major medical centers as well as support from the Ministry of Health and other private organizations. The advanced partners are the Fraunhofer Institute for Biomedical Technology (BMT), Germany, and the Center for Biomedical Research – Bioengineering, Biomaterials & Nanomedicine (CIBER-BBN). 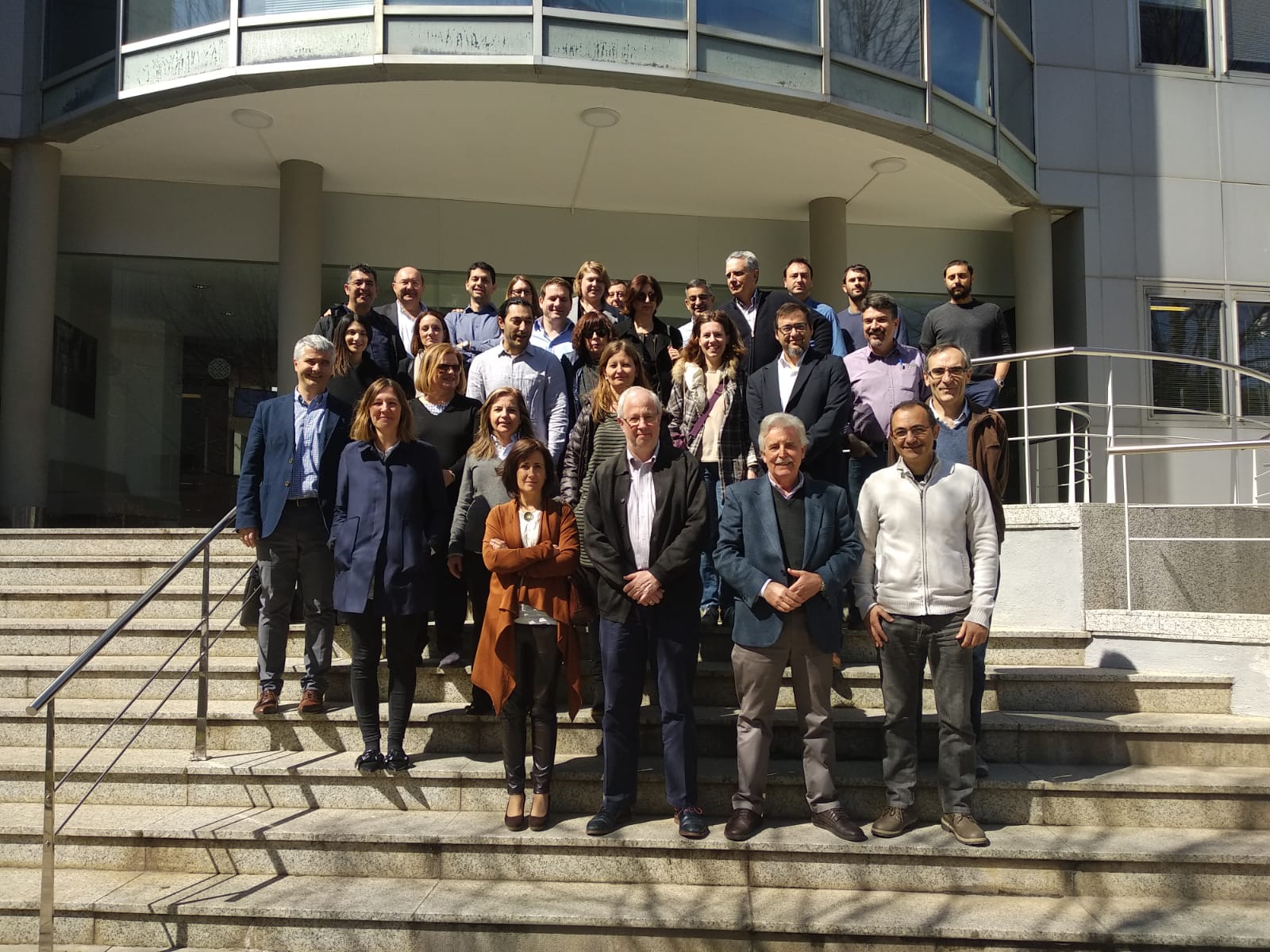 New book coauthored by Scientists of @NANBIOSIS U25 on Preclinical MRI

This book, also co-authored by other researchers of CIBER-BBN, as Guadalupe Soria y Raul Tudela,  is organized into 7 parts :

-Part 3 looks at in vivo spectroscopy;

-Part 4 explores special MRI techniques that are less known in the field;

-Parts 5 and 6 discuss MRIs and MRSs in animal models of disease and the applications used to study them, and

Written in the highly successful Methods in Molecular Biology series format, chapters include introductions to their respective topics, lists of the necessary materials and reagents, step-by-step, readily reproducible laboratory protocols, and tips on troubleshooting and avoiding known pitfalls. 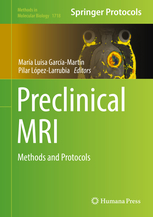 Ana Paula Candiota member of the Panel of experts from the Autonomous University of Barcelona.

Ana Paula Candiota, Scientific Coordinator of NANBIOSIS U25. NMR: Biomedical Applications I, is now part of the Panel of experts from the Autonomous University of Barcelona. This panel aims to offer their knowledge and experience to the media in case they have questions on specific issues. 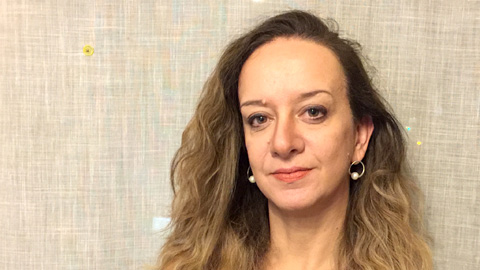 The CIBER-BBN organizes in Barcelona a WORKSHOP related to the European project H2020 “IPMT-Integrated Precision Medicine Technologies Center of Excellence”, framed within the program “Spreading Excellence and Widening Participation”, in which the scientific direction and scientific committee of the CIBER -BBN, together with the Fraunhofer Institute of Biomedical Engineering (IBMT), participate as reference advisory centers of the University of Cyprus (UCY) and clinical institutions of the country, coordinators of the proposal.

Simó Shwartz, Scientific Director of NANBIOSIS U20 In vivo Experimental Platform, has recently published an interesting article “Efficient EFGR mediated siRNA delivery to breast cancer cells by Cetuximab functionalized Pluronic® F127/Gelatin” issued by  Chemical Engineering Journal. The research group of Dr Schwartz has managed to create a micelle formed by a combination of polymers and gelatin that allows to transport effectively large quantities of both nucleic acids and drugs inside. The system also leads to the periphery a series of carboxylic groups that allow anchoring in a very easy way any type of directing molecule such as for example a peptide or antibody. 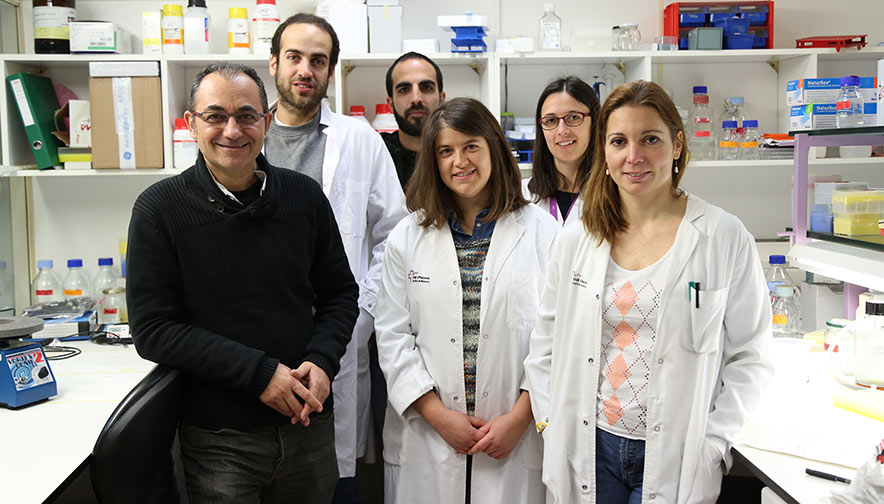 Scientists of NANBIOSIS U12. Nanostructured liquid characterization unit have recently published an article in  Colloids and Surfaces A: Physicochemical and Engineering Aspects 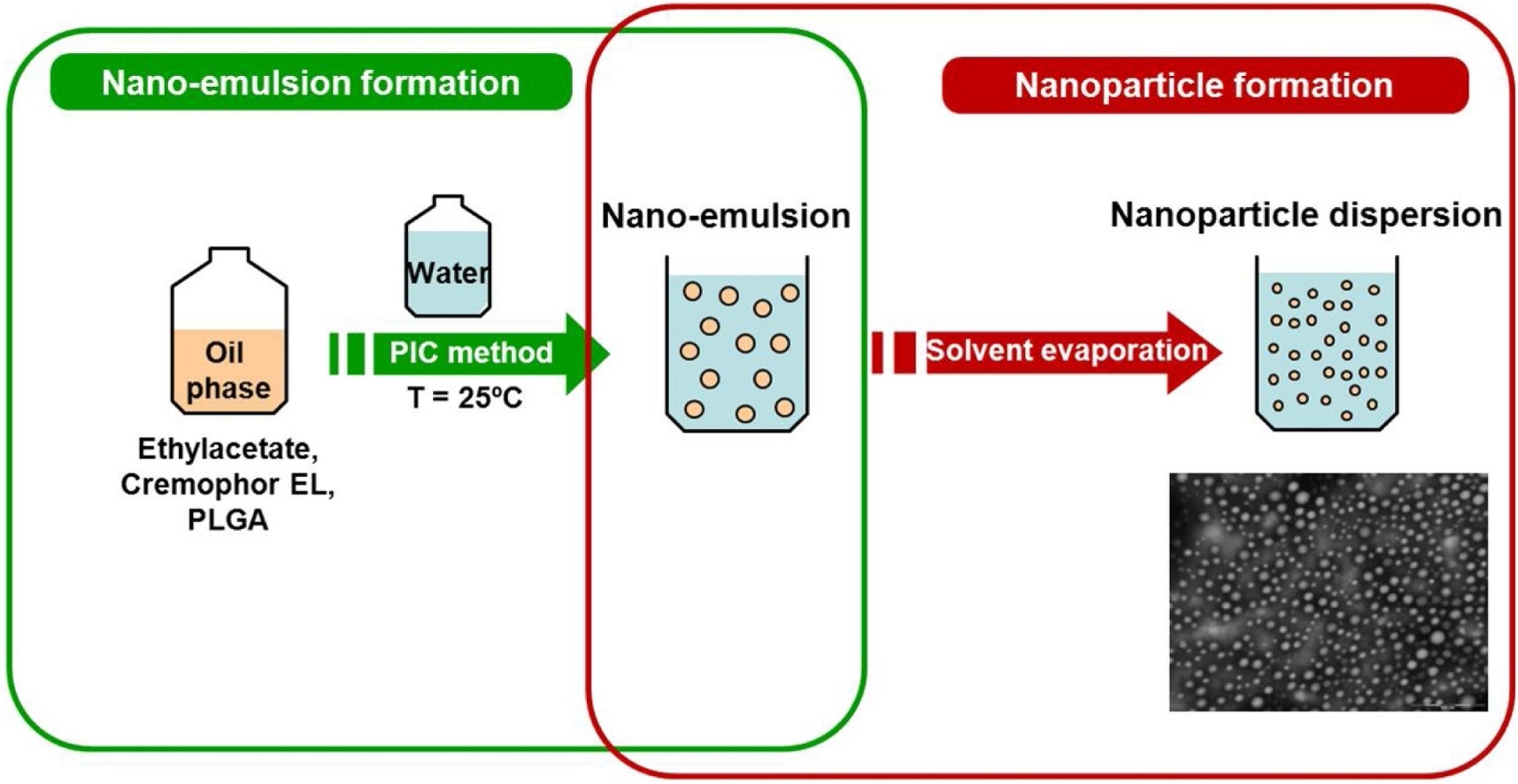 Esther Pueyo closes the series of conferences “Mathematics in our life”

Next Tuesday, March 13, at 7:00 pm, in the facilities of the Social Work of Ibercaja of Patio de la Infanta, the third and last conference of the cycle “Mathematics in our life” will take place, organized by the Royal Academy of Sciences of Zaragoza (RACZ).

Esther Pueyo is winner of a “Starting Grant” from the European Union for the MODELAGE project to advance in the characterization of aging of the heart and the prevention of cardiac arrhythmias. 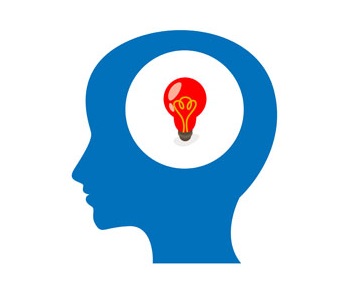 NANBIOSIS participated in the Big Science Business Forum 2018 in Copenhagen

During the days 26-28 of February took place in Copenhagen, Denmark the Big Science Business Forum 2018 in which NANBIOSIS was present.

The Big Science Business Forum 2018 brought together more than 650 delegates from 25 countries, and representatives of more than 250 companies, being an important event to know business opportunities in the coming years as well as to establish Networks, with more than 1000 central players and 800 individual 1-1 business meetings.

In the photo, together with representatives from CDTI, Jesús Izco, Coordinator of  NANBIOSIS a Large Scale Facility (ICTS), and Manuel Lozano, Director of CNM-CSIC, which houses another ICTS: the “Integrated Micro and Nanofabrication Clean Room”,

The Integrated Clean Room for Micro and Nano fabrication (SBCNM) is a Large Scale Facility (ICTS) dedicated to the development and application of innovative technologies in the field of Microelectronics together with other emerging Micro/Nanotechnologies. It is embedded administratively in the Centro Nacional de Microelectrónica – Instituto de Microelectrónica de Barcelona – (IMB-CNM), a research centre belonging to the Spanish Council of Scientific Research (CSIC). It is an open access facility that aims at helping national and international research groups to carry out R&D activities thanks to the availability of a set of complete micro and nanotechnologies and processes housed in a highly specialised Clean Room environment devoted to R&D&i of excellence, and driven by an expert team. Such support ranges from technology awareness to the development of basic demonstrators, or small series of prototypes. 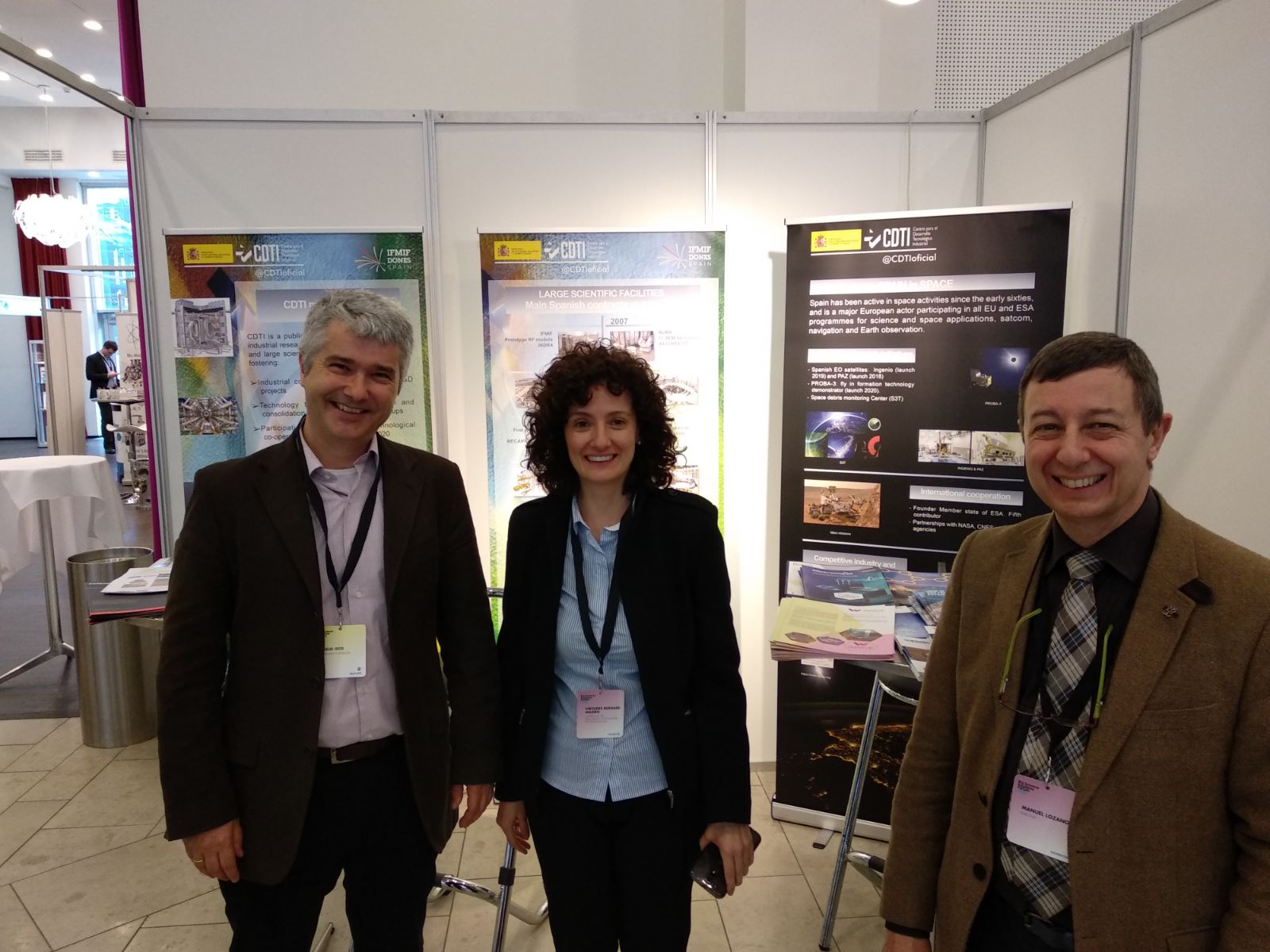 Numerical models applied to the cornea to improve eye surgery

Researchers of the NANBIOSIS U13 apply numerical models to the cornea to better understand how it behaves and help in surgical planning. Data and algorithms developed through the computer, together with the 3D image, make it easier for ophthalmologists to perform eye surgery more precise and personalized treatments for each patient

In this line of research, framed in the European project PopCorn has been working Miguel Angel Ariza since September 2013 under the supervision of Begoña Calvo and José Félix Rodríguez Matas, the research group in Applied Mechanics and Bioengineering (AMB) of the I3A – CIBER -BBN, which coordinates the unit 13 of NANBIOSIS and the Laboratory of Biological Structure Mechanics (LabS) of the Politecnico di Milano, respectively. The Mechanical Characterization of Biological Tissues that the project needs is carried out in NANBIOSIS U13 Tissue & Scaffold Characterization Unit. Unit 27 High Performance Computing of NANBIOSIS is also used in this project for the Computational Simulation of Biological Tissues.

Here are joined three technologies, the topography (allows to measure the geometry of the cornea), the tonometry of no contact or breath of air (deforms the cornea to obtain dynamic variables that are believed associated with the properties of the cornea) and the models in silico or numerical. The three, together with the phenoptic image technology, “can make it possible to obtain the geometry of a patient’s eye, with its personalized properties to give better advice to doctors in refractive surgeries or in the planning of another surgical intervention,” explains Miguel Angel Ariza

Begoña Calvo, who also works on the numerical modeling of other structures such as skeletal muscle, points out that this “generic” process of reconstruction, transfer of clinical data to the model and generation of a finite element model can be used to simulate other treatments or reproduce different surgical techniques. “The work of Miguel Ángel has allowed us to delve into what is now known as artificial intelligence, having the necessary algorithms to generate databases that can be used in the clinic,” he says.

Fibers of collagen in the cornea

The quality of the cornea tissue depends on the collagen fibers that we have embedded in the corneal stroma, its orientation is what gives that transparency and its links (crosslinks) structural integrity. “Our proposal is to go a step further, to work to better understand collagen fiber,” explains Ariza.

Nowadays, “there is no technical team that provides all the properties and allows to know what quality the corneal tissue has to be able to adequately respond to surgery and subsequent treatments,” recalls Dr. Calvo.