You are here : Home / Archive for "nanofabrication" 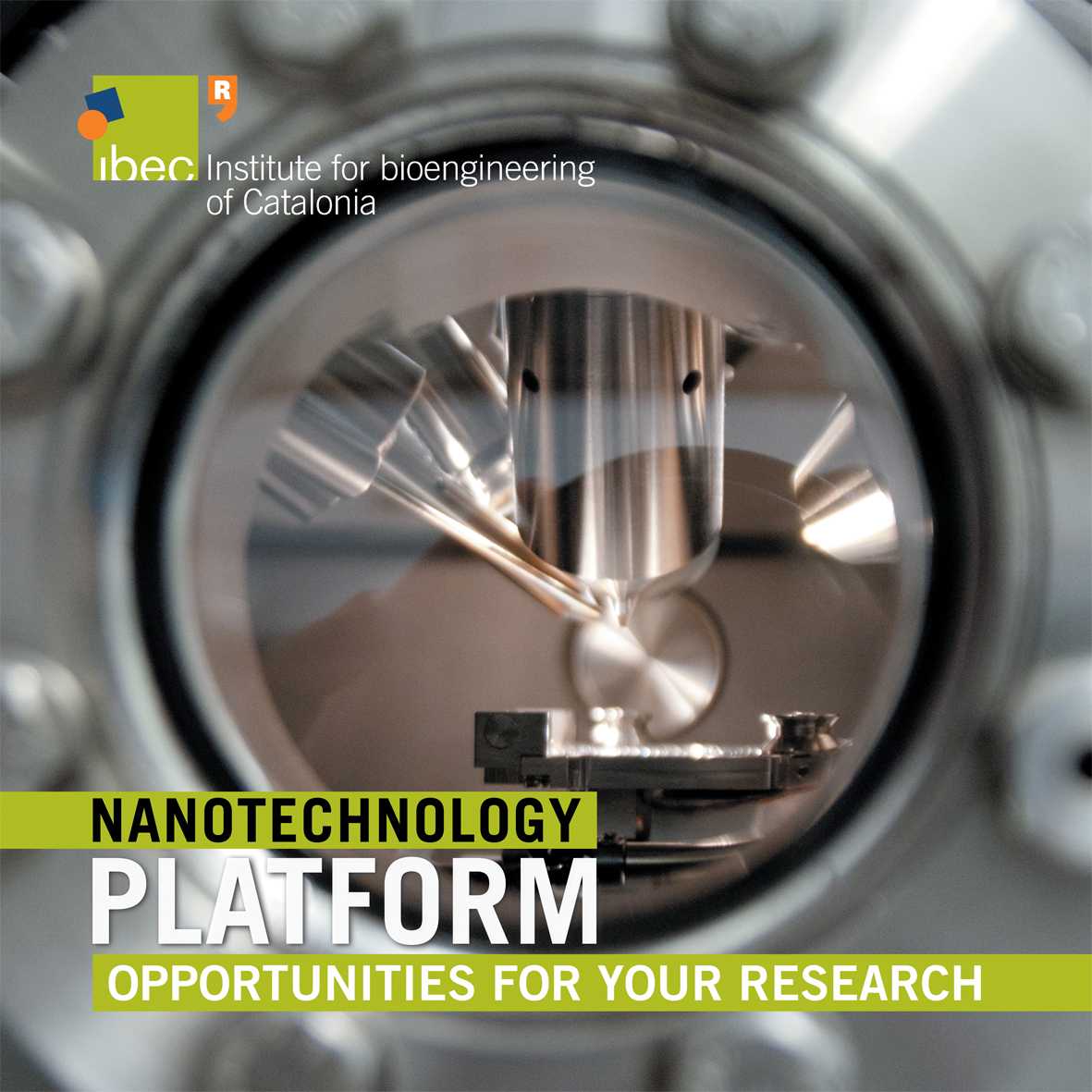 U7. Nanotechnology-PMMA surface with micro and nanostructures by e-beam lithography

The Nanotechnology Platform is part of the institute’s long-term strategic plan to create new Core Facilities in nanofabrication and bionanocharacterization. Currently, the platform is an accessible and versatile research facility featuring 150m2 of class 10,000 cleanroom space and laboratories offering state-of-the-art equipment for the fabrication and characterization of micro- and nanodevices and structures. Our aim is to facilitate advanced research by providing services in the fields of nanoscience and nanotechnology for all academic and industrial researchers. Some of the many areas of application include nanobioengineering, BioMEMS, materials science, tissue engineering, optic and biomaterials. IBEC’s Nanotechnology Platform offers scientific and technological support that includes the design, development and analysis of devices, materials, and processes, so that academic researchers and companies alike may use the platform to develop their innovative ideas.

The Scientific Director of NANBIOSIS Unit 7, awarded with the Narcís Monturiol medal for his contribution to science and technology

The Catalan Government announced yesterday the Narcís Monturiol Medal award for scientific and technological merit to the Director of NANBIOSIS Unit 7 Nanotechnology Unit from CIBER-BBN and IBEC, Josep Samitier Martí, for his contribution to the development of the Catalan system of science and technology. The Narcís Monturiol Prize was established by the Generalitat of Catalonia in 1982, in honor of the Catalan scientist and inventor Narciso Monturiol, to award the people and entities that have made an outstanding contribution to the scientific and technological progress of Catalonia. It is awarded in the form of medals and plaques. The medals[...] 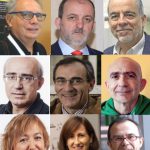 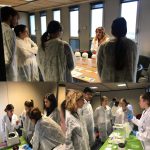 The IBEC Core Facilities team, coordinating NANBIOSIS U7 Nanotechnology Unit has celebrated the 6th edition of the Workshop “Tips and tricks to achieve good results at the bench”. This workshop is focused on fundamental basic aspects of working in a Chemistry/Biology laboratory: process of performing an experiment, from previous planning until the moment of leaving the bench. The workshop was divided in two parts: Introduction and overview to the Good Laboratory  Practices.Highly interactive and practical daily lab situations with real equipment. Upon completion of this workshop participants are able to understand the basics of good laboratory practices, plan an experiment[...] 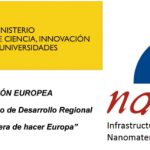 In the framework of the FEDER Program in ICTS 2014-2020, a project related to the ICTS NANBIOSIS has been selected by the Ministry of Science, Innovation and Universities for co-financing with FEDER funds of the European Regional Development Funds program. An agreement has been signed between the Ministry of Science, Innovation and Universities and the Institute of Bioingeniería of Catalonia (IBEC) for the implementation of the project “Mask Aligner Team for the unit of Nanotechnology (U7) of Nanbiosis” cofinanced by FEDER Performance Program 2014-2020.  The total budget of the project amounts to € 117.000, with 50% financing with FEDER Funds. IBEC isprocessing t[...] 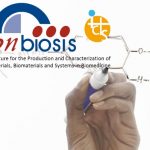 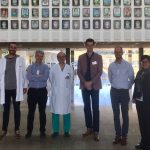 On January 23-24th a two-day meeting between NANBIOSIS and Stryker Trauma GmbH, took place at the Carlos III Health Institute, in Madrid, to explore synergies and potential joint initiatives.   Nils Reimers and Robin Buescher from Stryker, presented some of their research and upcoming projects in the field of trauma medical devices, and representatives from NANBIOSIS’ units -Marisa González from U16 Surface Characterization and Calorimetry Unit, Teresa Galán from U7, Nanotechnology Unit, Gemma Pascual from U17 Confocal Microscopy Service, from CIBER-BBN, Marisa García from U28 (Bionand) and José Francisco Guillén and Francisco Sanchez Margallo from the units of the Jesús[...]

Researchers  of NANBIOSIS U7. Nanotechnology Unit, are coauthors of the article “Nanopatterns of Surface-Bound EphrinB1 Produce Multivalent Ligand–Receptor Interactions That Tune EphB2 Receptor Clustering” published by NanoLetters, ACC Publications. The authors present a nanostructured surface able to produce multivalent interactions between surface-bound ephrinB1 ligands and membrane EphB2 receptors. They have created ephrinB1 nanopatterns of regular size (<30 nm in diameter) by using self-assembled diblock copolymers. Next, they have used a statistically enhanced version of the Number and Brightness technique, which can discriminate—with molecular sensitivity—the oligomeric states of diffusive species to quantitatively track the EphB2 receptor oligomerization process in real time. The results[...] 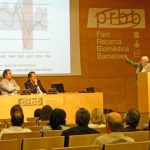 Josep Samitier, Scientific Director of NANBIOSIS Unit 7, Panelist in a round table about the current situation of biomedical research

Last month NANBIOSIS Unit 7 Nanotechnology Unit Scientific Director Josep Samitier was one of the panelists in a round table organised by the Cercle de Salut, an association devoted to improving the health system so that it may respond adequately to the challenges posed by society. In the discussion at the Parc de Recerca Biomèdica de Barcelona (PRBB) entitled ‘L’excel·lència en la recerca, reptes immediats’, Josep and the other participants – ISGlobal director Antoni Plasencia and IrsiCaixa director Bonaventura Clotet – discussed the current situation of biomedical research in Catalonia. In particular, the hot topic under discussion was the impact that recent[...] 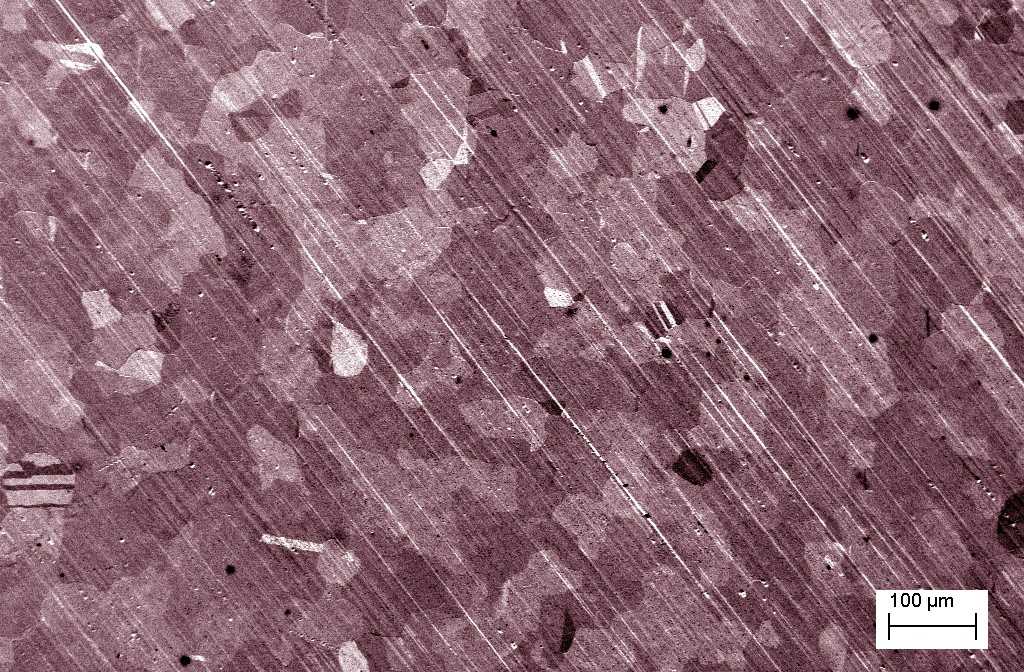 This Micro-Nano Technologies Unit is located in the Microelectronic Institute of Barcelona, (IMB-CNM, CSIC) which is the largest installation with micro-nano technologies facilities in Spain. Its 1500 m2 Clean Room classes 10 to 10,000 are considered as Singular Scientific-Technical Infrastructure (ICTS). The platform is coordinated by Dra Rosa Villa and this unit is based on a CVD (chemical vapor deposition) equipment for the controlled growth of carbon nanotubes (CNTs). The integration of the unit in the clean room facilities of the IMB-CNM enables a complete range of processes (thermal processes and CVD, metallization, photolithography, dry and wet etching) for the complete fabrication of MNBS devices. So, from the platform it is supported the whole MNBS fabrication steps: the customization of the technology needed, the design of the devices, the complete fabrication process, their encapsulation, the characterization and test up to the technological support on the experimental uses. 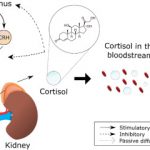 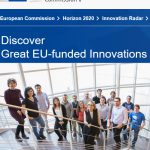 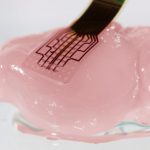 Researchers of NANBIOSIS U8 Micro– Nano Technology Unit of CIBER-BBN at the Barcelona Institute of Microelectronics have participated in the recent developments of a new graphene-based detection platform that could be the gateway to unlock superior understanding of the brain by providing a measure of high brain activity resolution and in real time. This research has been developed within the framework of the EU BrainCom project. The European Union’s Horizon 2020 research project, BrainCom, is coordinated by the ICN2 Advanced Electronic Materials and Devices Group led by Professor José A. Garrido and the CIBER BBN GBIO Group and the Nanbiosis[...] 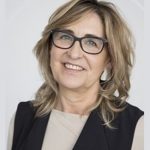 Rosa Villa Sanz, the Scientific Director of NANBIOSIS U8 Micro– Nano Technology Unit was appointed group leader the CIBER during the last meeting of the Permanent Commission of CIBER-BBN, replacing Prof. Jordi Aguiló. Rosa Villa Sanz, graduated in Medicine from the University of Barcelona and has a doctorate from the Autonomous University of Barcelona in 1993 and a specialist in Nuclear Medicine (MIR-Hospital de Bellvitge-Barcelona), is a scientific researcher at the CSIC and leader of the Biomedical Applications Group of the Barcelona Institute of Microelectronics (CSIC), whose main research interests are the design and manufacture of Micro and Nano Systems[...] 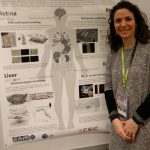 Organ-on-chip (OOC) is the term used to define a microfluidic 3D culture model that contains continuously perfused chambers inhabited by living cells. OOC are considered as very promising tools for investigating many aspects of human physiology and pathophysiology as well as drug testing platforms with future progressions to be used for precision medicine. As the complexity of OOC systems increases, the necessity to integrate relevant assessment methods to provide information about cell physiology, secreted metabolites as well as pharmacodynamics drug responses also increases. Dr. Rosa Villa, who leads NANBIOSIS U8 Nano Technology Unit and the Biomedical Applications Group of t[...] 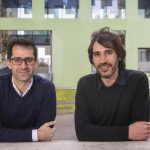 Researchers from NANBIOSIS Unit 8 opt for the Cutting-Edge Science Award: How to measure brain’s hidden activity.

La Vanguardia and the Fundació Catalunya La Pedrera have jointly promoted for the tenth consecutive year the Cutting-Edge Science Award “La Vanguardia de la Ciencia”, with the objective of givin visibility to the research of excellence carried out in Spain. The prize will correspond to the proposal candidate most voted by the public. One of the 8 selected candidates is the research led by Anton Guimerà-Brunet (NANBIOSIS Unit 8 -Institut de Microelectrònica de Barcelona-CNM-CSIC / CIBER-BBN) and Jose Garrido (Institut Català de Nanociències i Nanotecnologia / Icrea), for developing graphene implants capable of measuring the hidden activity of the brain[...] 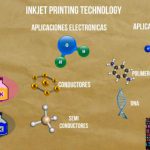 ‘I investigate, I am CSIC’ is a competition hold by The Spanish National Research Council (CSIC) for its doctoral students to disseminate their doctoral thesis. Through short videos of maximum duration of 3 minutes, predoctoral scientists explain their research and results in an informative language. Miguel Zea, a member of the NANBIOSIS U8 Micro– Nano Technology Unit presents his video explaining how paper sensors can be manufactured to control different analytes with low cost technologies such as Inkjet Printing. A jury composed of five experts in communication or scientific dissemination will choose eight videos taking into account the originality, impact,[...] 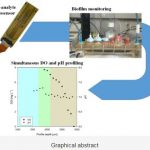 Ana Moya, Xavi Illa, Rosa Villa and Gemma Gabriel, researchers of the Biomedical Application’s Group (GAB) of CIBER-BBN and the Microelectronics Institute of Barcelona, which main interests are the design and fabrication of Micro and Nano Systems for Biomedical Applications, have recently published, in collaboration with other authors an article in the Special Issue Advanced Electrochemical Sensors and Environmental Monitoring The authors thank in the Acknowledgements the participation of the ICTS NANBIOSIS U8 Micro– Nano Technology Unit of the CIBER in Bioengineering, Biomaterials and Nanomedicine (CIBER-BBN) at the IMB -CNM (CSIC) The work reports the development of a novel multi-analyte microsensor[...]